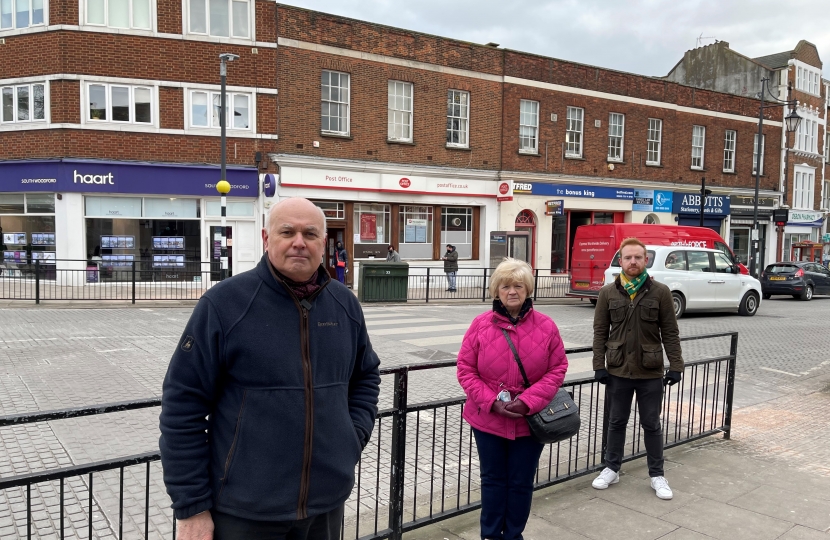 The Post Office announced that they were planning to close the Crown South Woodford Post Office on George Lane in April 2021. This announcement would have been a huge blow to South Woodford’s main shopping district at what is a difficult time for the High Street. I was very concerned that the closure would endanger jobs and the long-term postal service provision in South Woodford.

I asked the Post Office to reverse this decision and to make a commitment to retaining this key service for South Woodford. I also raised that Woodford residents have the right to be fully consulted on any proposals.

I know how important this issue is to residents, and I wanted to provide an opportunity for them to raise their questions and concerns directly with a representative from the Post Office. I hosted a Q&A on Facebook live with Tracy Marshall, Postmaster Effectiveness Director at the Post Office, and during that meeting, it was confirmed that the Post Office would be actively searching for a franchise partner in George Lane once the existing premises closes. Tracy also announced that while arrangements for a new store are made, a temporary post office will be opened in one of the existing vacant business outlets on George Lane.

You can watch the event back here.

This is a positive step for the local community who rely on the services the Post Office provides, and I am very pleased that the Post Office rolled back on their original decision.

The Crown South Woodford Post Office, which has survived previous attempts of closure, is set to close in the spring.