WE MUST STOP THE EXPANSION OF THE EDMONTON INCINERATOR 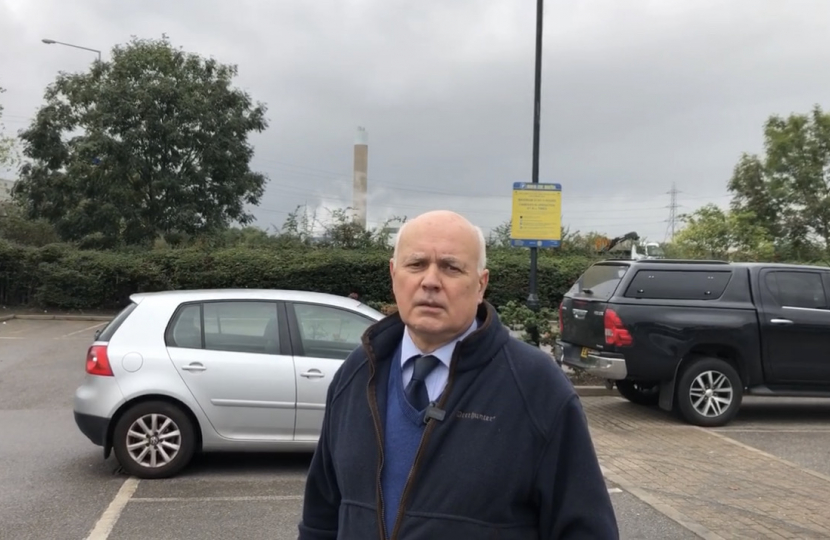 I believe expanding the incinerator at Edmonton Eco Park will be detrimental to the health and wellbeing of residents, have a huge environmental impact and fail to represent good value for the taxpayer.

As I and many local councillors and MPs have stated time and time again: this expansion must be stopped.

After half a century of use, the incinerator was being decommissioned, giving the potential to make way for greener and cleaner waste disposal. Instead, the North London Waste Authority (NLWA) has decided to not only replace it but also increase its capacity by at least 30 per cent. This new incinerator will have the capacity to burn a massive 700,000 tonnes of waste every year, releasing ultra-fine particulate matter, which has been linked to various health conditions.

It is clear that North London does not need this extra waste disposal when so much of our existing waste could be recycling or composted. The proposals for the expansion were drawn up despite waste falling year on year since 2015 and mean the new incinerator will be three times too large for North London’s needs. In order to provide the incinerator with enough waste to burn, rubbish will be driven from across London and beyond to make up the short fall, clogging up roads and filling the air with unnecessary exhaust fumes.

The project also clearly does not represent good value for money and, in my view, the costs will likely only spiral. What should have been a competitive bid process in 2021 ended with the one remaining bidder being waved through by a nominal vote, after all remaining bidders either dropped out or merged.

It is clear that local people do not want this incinerator. Its expansion will be detrimental to residents’ health and to the environment in which they live, work and relax. The use of public funds for this project needs the scrutiny of a Value for Money Review, which I continue to demand from Government. Let’s work together to ‘Stop the Edmonton Incinerator’.