We must stand with our democratic allies in calling China to account. Parliament should have the power to assess the evidence of alleged genocides. 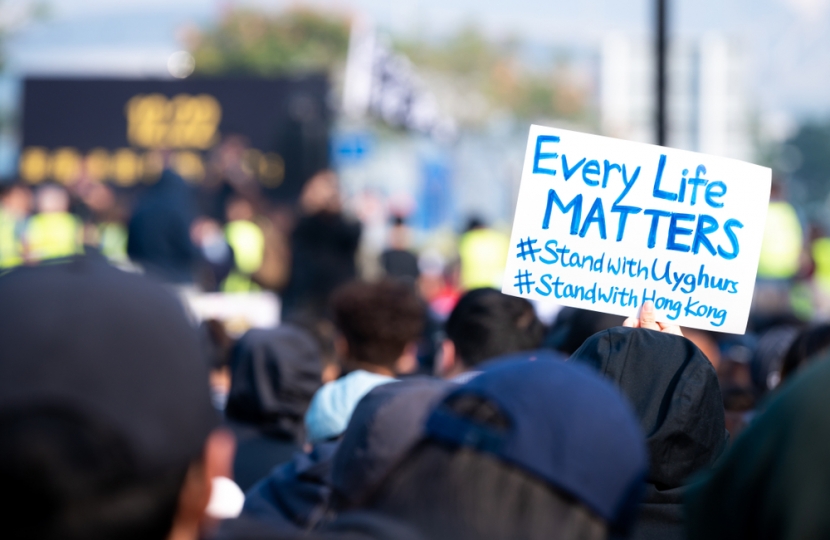 Parliament should have the power to assess the evidence of alleged genocides, but the Government is rejecting such efforts.

n Monday, the House of Commons will be asked to support a Lords amendment to the Trade Bill which opens the way for China and other transgressors to be called to account for acts of Genocide.

The amendment has met the Government’s red line of keeping the process in Parliament. It builds on the existing position of having select Committees investigate such possible abuses by adding a Committee of ex-judges in the Lords to impartially review the evidence.

The UK government, as it turns out, almost uniquely maintains that only a competent court can decide if a country is guilty of genocide. As allies like the USA, Canada and the Netherlands have declared China guilty of genocide over their treatment of the Uighurs, this amendment allows that evidence to be properly assessed – and yet the government refuses to accept the amendment.

This rejection flies in the face of the growing evidence of China’s appalling behaviour at home and abroad. This is illustrated by the UK’s Integrated review, published last week.

While it was right to identify Russia as an immediate threat, because of its appalling record of interference in our affairs and those of our allies – from Russia’s killers on our streets attacking their own dissidents as well as British citizens, to its cyber-attacks on our military and civil infrastructure – the review stopped short of placing the Chinese government in the same category as the Kremlin.

The report refers to China as a competitor, when I believe it is, in reality, a growing threat, not just to the UK but to the free world itself.

Part of the problem in our perception of China is that previous governments have naively believed that trade would liberalise and open up the country. The UK’s  “Project Kow Tow”, as it became known, was based on this principle but it turned out to be a complete fallacy.

This is still reflected in the Government’s Janus-like position on trade with China. The public line is that they have no plans for trade deals, yet internally they say they do want trade agreements with China.

Worse, ministers still claim that trade with China allows us to influence Beijing. Yet we didn’t have much influence when the Chinese government trashed the Sino-British agreement on Hong Kong and publicly dismissed the UK governments protestations.

What is clear is that since the arrival of President Xi Jinping, the already authoritarian Chinese government has become much more assertive at home and abroad. Their takeover of the South China Sea, the vicious border disputes with the Indians, the abuse of Christians and the Fallon Gong and the terrible crackdown on the Uighurs and the Tibetans are all examples of China’s growing assertiveness.

Add to that a report published later this week by the Tibet Advocacy Coalition revealing the Chinese government’s “cradle to grave” policies of displacement, control and cultural erasure in Tibet. The evidence shows Chinese officials have a stated purpose to control minds and “break lineage, historic roots, and social and family connections of Tibetans in the region”.

The methods used to achieve this include militarised political indoctrination for children and the end of the Tibetan language in schools. Forcibly enrolled in “re-education” facilities, nuns and monks are made to denounce their religion and are even, as in Xinjiang, subject to sexual abuse. Some 2.8 million Tibetans, it is believed have been subject to this treatment over the past five years.

The problem with our relationship with China is that it is based on what we would like to happen and not on reality. That is why the Integrated Review refers to China as a competitor rather than a threat.

Yet President Xi has made his position crystal clear. He intends within a decade or so, to make Communist China the world’s economic and military superpower. It is surely time we worked together with the new US administration and other allies in the free world to recognise and deal with this worrying prospect, rather than trying not to upset the Chinese Communist Party.

A good place to start would be in passing the Lords amendment on Monday and in so doing send a signal not just to the Chines government but to those who labour under this terrible oppression that the free world recognises their struggle. Genocide is the crime of all crimes and the UK must offer a beacon of hope to those who suffer. I hope MP’s will vote on Monday for the amendment, to give them that hope.