We are all angry, but the Prime Minister Boris Johnson must stay. 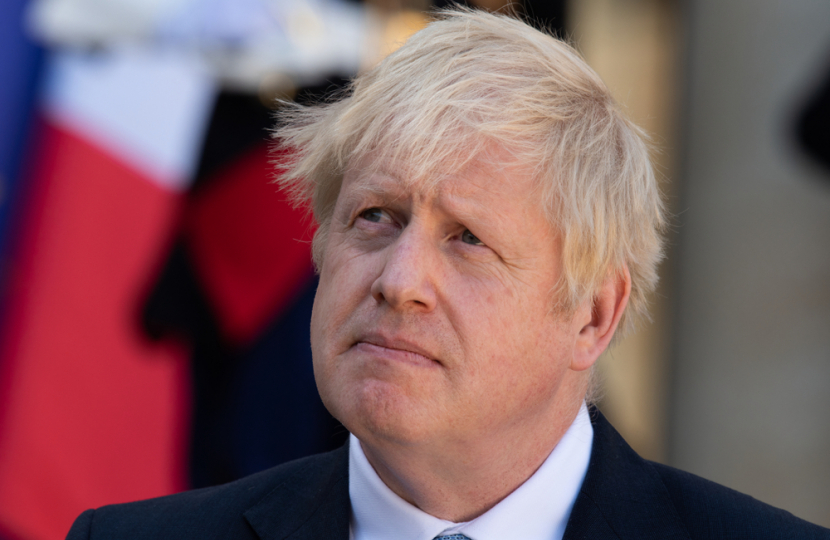 Britain faces a series of national crises. This is the worst possible time to create a vacuum in Westminster.

I recall clearly how so many people across the UK were furious after being told they couldn't visit loved ones in care homes or even attend funerals at the height of the pandemic, only later to discover that those same rules had been broken in Whitehall.

The stringent, unprecedented regulations of that period caused the public great heartache – and yet, despite the hurt, most stuck to them as required. It is thus astonishing and angering to find that the Prime Minister and Chancellor have been fined for breaking the rules themselves.

They should not have allowed Downing Street to go from being a serious workplace to a venue for drinks, including in offices occupied by civil servants. Here, the civil service leadership will also have questions to answer once all the fines are issued and the full Sue Gray report is released as promised.

Yet, as angry as many people will be, I nevertheless believe that now is not the time for either Boris Johnson or Rishi Sunak to step down. For we are facing two national calamities, the war in Ukraine and the cost-of-living crisis. Each of these issues would stretch any government. Together, they risk triggering a long-term spiral of decline.

The young men and women now fighting and dying on the streets of Ukraine are looking to Westminster for strong and decisive leadership – and here, even the Prime Minister’s staunchest critics agree that he has delivered. His government led the way in delivering weapons to Ukraine and pushed Europe to do more on sanctions. Those anti-tank missiles, as well as the logistical and technological training provided since 2015 by Operation Orbital, have played a pivotal role in the first stages of the war.

What would be the response from the leadership in Kyiv if, at this moment of peril, we turned in on ourselves? What would be the feeling among Ukrainians, who welcomed the PM with open arms when he visited last weekend?

The cost-of-living crisis requires similarly calm leadership. With the clear and present danger of stagflation, we need to revisit the support we give.

It is time to look again at the imposition of the National Insurance rise, which is hitting both workers and employers hard. We should also do our best to negate environmental and renewable levies, which make up as much as a quarter of household energy bills.

The sheer scale and urgency of these issues place a premium on leadership, which is why I say to my colleagues that, notwithstanding their reflective feelings towards yesterday’s fines, this country’s leadership must be allowed to get on with the job.

We cannot produce a vacuum in Westminster or get bogged down in a party political spitting match, for that would only benefit our totalitarian enemies.

Yes, what happened in Downing Street was and is unforgivable and those who were involved must continue to take full responsibility and show contrition. However, the plight of those suffering in Ukraine must now come before all else.