The time has come to trigger Article 16 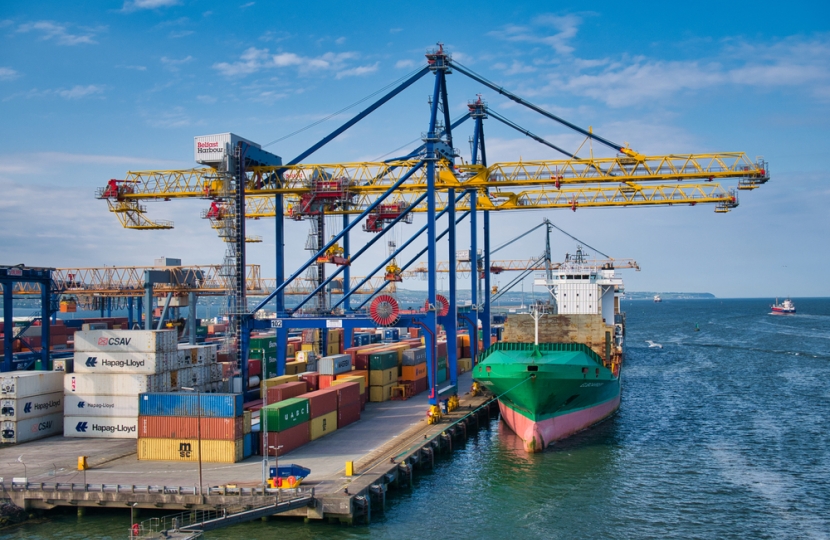 Unilateral action is needed against an intransigent EU to rectify the Northern Ireland Protocol impasse.

I was always led to believe that the survival of the Union must ultimately come above all else for a Conservative government.

Yet as a result of the dangerous and deeply divisive Northern Ireland Protocol – which this Government made the mistake of signing up to – the place of Northern Ireland within the UK is looking more and more precarious. In short, as we all travel to Manchester for the first face-to-face party conference since the landslide victory in 2019, the Union has never been in greater jeopardy.

At the heart of the problem with the protocol is the EU’s insistence that its law must govern goods coming in from the UK to Northern Ireland. Instead of imposing checks only on those goods that are at risk of being transported to the Irish Republic, EU negotiators have taken the unreasonable view that all goods coming into Northern Ireland are in danger of entering the EU.

The result of this ridiculous assertion is – incredibly – that there are now more checks on the trade that flows into Northern Ireland than on all the trade which comes through the EU’s entire eastern frontier – a major smuggling route – or through the port of Rotterdam, the entrance into the EU for goods imported from the rest of the world.

And these pettifogging and often incomprehensible regulations are causing real harm to the Northern Ireland economy. There are frustrated pet owners needing rabies checks to move animals across the Irish Sea, and consumers are being denied favourite products because retailers cannot yet “understand the changes”. Worse, trade is being diverted from GB to the Irish Republic, in contravention of the protocol itself.

Lord Frost has tried to get the EU to see sense and be reasonable, but time and again EU negotiators have rebuffed his overtures. If anything they have become even more intransigent, maintaining that the only alternative to the protocol is a hard border.

They say that their only agenda is to protect the Good Friday Agreement, but Lord Trimble (one of the principal architects of the GFA) has made it very clear that this is nonsense. In fact, he has gone further, arguing that the protocol is damaging the fine balance of his agreement by antagonising Unionists.

The EU should be reminded that for Trimble, persuading the Unionist community to support the GFA was dangerous. He persevered in the hope of bringing peace to Northern Ireland and won out in the end because the Unionist population was guaranteed that the Union would be safe as long as the majority wanted to stay in the UK. For his efforts, he received the Nobel Peace Prize in 1998. So the fact that he believes the assurances he was given back then are now being broken by the protocol should not be taken lightly.

If EU negotiators were serious about protecting the peace in Northern Ireland, they would end the impasse with a “Mutual Enforcement” deal between Brussels and London, committing to writing that both sides will trust one another to apply the other’s rules to the movement of goods. The deal would remove any need for borders, either on the island of Ireland or in the Irish Sea, and would allow free passage without laborious paperwork and delays.

Yet even though the wording of the protocol makes clear that it is a temporary mechanism which could be replaced, the EU remains adamant that it is sacrosanct – and that renegotiation must not even be considered.

Perhaps this should come as no surprise. Ever since the Brexit referendum in 2016, the EU has made it clear that it wants to punish us for daring to take back control. From unnecessarily restrictive export rules on seafood to taking France’s side in the endless fishing rows, the bloc is doing everything in its power to make life difficult for Britain.

Lord Frost has worked very hard to find a way forward with the EU, and he should be praised for his efforts. But now it is time for a different course. Article 16 makes clear the UK can take unilateral action if there are “serious economic, societal or environmental difficulties or diversion of trade”. All are now present in Northern Ireland.

If Boris Johnson is serious about the integrity of the Union, he must bite the bullet and invoke Article 16 before it is too late.