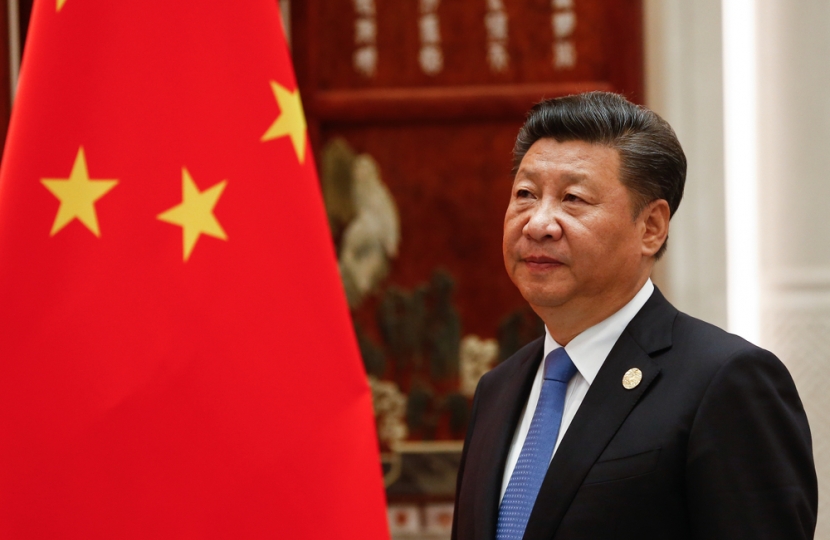 World leaders meet in Cornwall this week for the G7. Will the UK lead with the US in putting China at the top of the agenda?

As the G7 leaders meet this week, they would do well to spend some time dwelling on China’s threat to democracy and contemplate the words of Ronald Reagan. “Freedom”, he wrote, “is never more than one generation away from extinction.”

At the end of the Cold war, instead of listening to Reagan, the West took for granted the idea that liberal democracy had "won". Sadly, this was a false assumption. And in the intervening period, the economic rise of communist China has made fools of successive leaders of the free world. Their lazy assumption that the free market would usher in democracy to China was wrong, but it excused their greedy pursuit of cheaper goods, services and technology from China.

China’s Communist leaders learned an important lesson: that to avoid the Soviet fate they needed a powerful economy. We have given them that. Now, this growing economic dominance has boxed Western nations in. Today, the free world, like some drug addict, has allowed itself to become dependent on a nation that attacks our core values of democracy, human rights and the rule of law.

In the UK we are dependent on China for rare earth materials, batteries, computers, mobile phones, and much, much more. And a third of the UK’s electricity generation is reliant on firms owned by China, which means we are more likely to have our lights turned off than turn off our dependency.

Becoming dependent on a nation that does not observe the unspoken global rules in a variety of areas is dangerous enough, but when that country is the world’s second largest economy, it’s a disaster.

Just look at China’s failure to alert the international community of the risk of Covid in December 2019. That’s why the  virus rocketed around the world, resulting in millions of deaths and destroyed economies.  To make matters worse, the lack of warning meant that Britain and other western countries had no time to prepare adequately - so became dependent on Chinese PPE.

Perhaps worst of all, this global economic dependency seems to have prevented governments properly examining the big questions of where the virus came from, or why China refused to alert the world. Certain global businesses even took to censoring speculation about the Wuhan Laboratory and its possible role as the source of the virus - seemingly for fear of Chinese retaliation. Just look what happened to Australia when they had the temerity to ask for an enquiry: Chinese officials attacked them and they imposed sweeping tariffs on their exports. Just where was the G7 then?

Ask China’s near neighbours. For they have seen their territory invaded, airspace violated, and seas annexed. From Indonesia to India, from Japan to Korea and Taiwan, all of China’s neighbours have seen it use force to achieve its aims. Now reflect on the fact that President Xi has made clear China will possess the world’s largest military by 2050.

In the middle of China’s appalling external record is the internal abuse of its different ethnic communities. Right now there is an independent tribunal in London looking into the gross human rights abuses inflicted on the Uighur people in Xingang. Evidence of torture, rape, forced sterilisation, slave labour abound. Add to that the persecution of Tibetans Christians, Falun Gong and democracy activists in Hong Kong and the picture is complete.

Sadly our universities, normally hotbeds of debate on human rights issues, have come to depend on Chinese students for their fees, and the Chinese government for research grants.  Yet it’s not too late. This week, world leaders meet in Cornwall for the G7, and the question must be: will the UK lead with the US in putting China at the top of the agenda?

If not, democracy and freedom really may be just be one generation away from extinction.

Senior Tory MPs are urging Boris Johnson to junk the 'precautionary principle' which they warn is stifling British businesses.

In an age of extraordinarily fast technological change, the freedom to set our own regulatory standards offers huge opportunities.