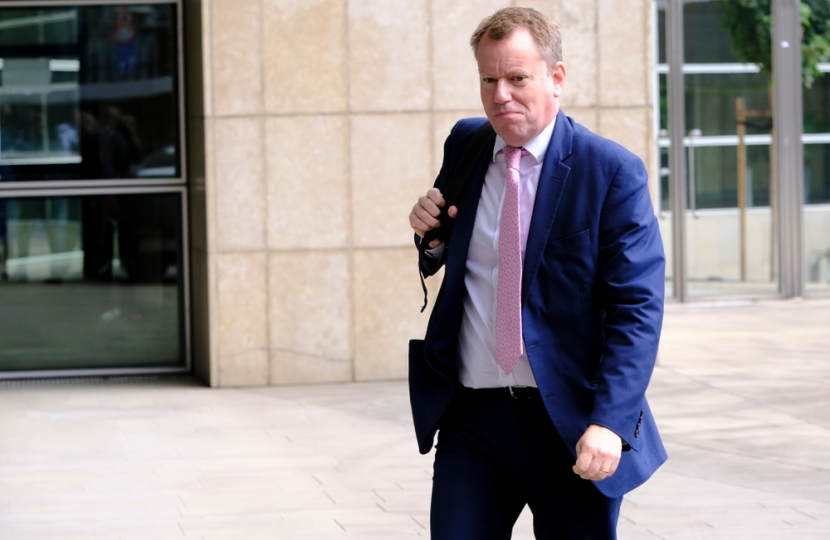 The Prime Minister is right to have placed his trust in Lord Frost, for despite the naysayers - some of whom reside even in government - Britain’s chief negotiator has shown that the EU understands the language of determined strength. He has learnt vital lessons from our experience in previous negotiations, when EU officials dug their heels in and laughed up their sleeves as we signed up to their terms.

The most important element of the EU’s response to British proposals yesterday was not the detail, but the fact that we are now in a renegotiation - something which Frost’s critics said would never happen.

As he contemplates responding, I am sure Lord Frost knows it would be a mistake to fall into the trap of trying to negotiate a series of easements and derogations. The EU wants nothing more than to hang on to the notion that the Protocol, as originally agreed, remains essentially intact. If he goes down that road it will leave us tied up in complicated EU law and ultimately ruled on by the ECJ, no matter the shape of an arbitration panel placed under it.

Frost has indicated that he does not accept the role of European law and the European Court of Justice in Northern Ireland. I would go further - this matter is a red zone - and I trust that he appreciates just how important it is. Indeed, there is a way to end ECJ jurisdiction while meeting the three critical requirements that there should be no hard border, that the Good Friday Agreement should be protected and that both the UK and EU internal markets be safeguarded against illegal incursions. It is called Mutual enforcement.

This proposal, originally touted by an official in the European Commission, involves both the EU and the UK enforcing each other’s rules, regulations and taxes for companies exporting into each other’s territory. Any company operating outside of Northern Ireland would be required to declare that it had met all the obligations contained in EU law when selling goods to the Republic of Ireland. Any breach of that obligation would be followed up by the authorities in the UK and breaches would carry severe penalties. This would both create an effective disincentive to break that obligation and avoid the need for border checks, thus safeguarding the integrity of the EU internal market.

In the event that the EU drags its feet, the UK can and must implement this alone to show just how effective it can be at protecting the European single market, without leaving NI under EU law.

Ultimately, Lord Frost knows it is in our permanent interest that there must be no border between Great Britain and Northern Ireland. Despite the pessimism of the echo chamber of unreconciled Remain voters, he and the Government can succeed in this challenge. Our negotiators must take note of Lord Palmerston’s words that “We have no eternal allies, and we have no perpetual enemies. Our interests are eternal and perpetual, and those interests it is our duty to follow”.