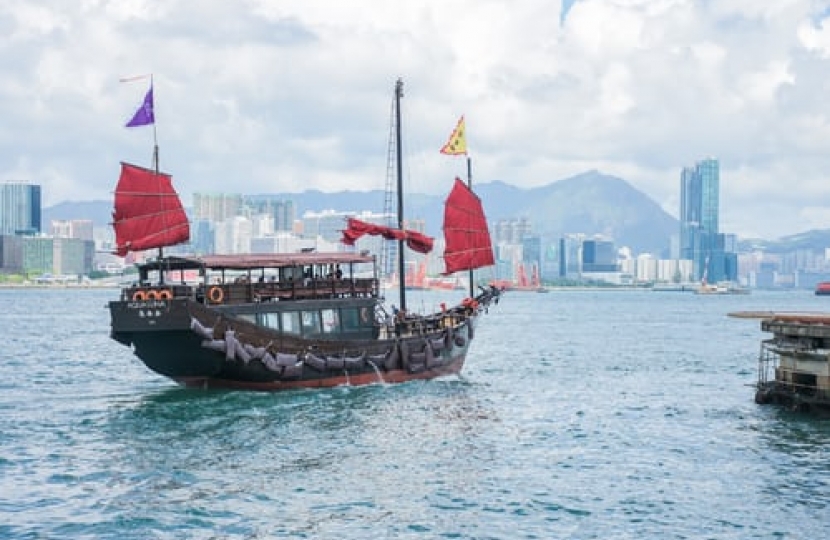 Magnitsky style sanctions should be applied immediately to officials and politicians in Hong Kong and China, or we risk defaulting on our promises to the people of Hong Kong.

The expulsion of four opposition lawmakers from Hong Kong’s Legislative Council earlier this week surely puts the final nail in the coffin of the city’s crippled democracy.

As the international community runs through its well-rehearsed routine of condemning China’s latest crackdown, the British government, unique in its position as a signatory of Hong Kong’s handover agreement, must commit to further action. Granted the government has moved on the granting of support on BNO passports, suspended the extradition treaty with Hong Kong and extended the arms embargo but more now needs to be done.

It is clear that what is required is Magnitsky style sanctions should be applied to officials and politicians in Hong Kong and China, immediately. Unless it does this, Britain risks defaulting on its solemn promises to the people of Hong Kong.

Events of the last week have followed an all too familiar sequence. News breaks of the Chinese government’s latest violation of international law and abuse of human rights. The UK government joins the parade of foreign governments issuing strongly worded condemnations while backbench and opposition calls for tougher action are deftly brushed aside. Days pass, the news agenda moves on, we retreat and await the next unthinkable atrocity from the Chinese Communist Party.

The truth is the Chinese leadership has called the free world’s bluff including the UK government. After all, the UK government has three times declared a breach of the Sino-British Joint Declaration, the 1997 handover agreement in which China has promised to guarantee Hong Kong’s high degree of autonomy and fundamental freedoms. Two of those breaches have come in the last six months.

As I have already alluded to, in response to the imposition of the draconian Hong Kong National Security Law earlier this year, the UK government rightly announced a bespoke path to citizenship for holders of British Nationals (Overseas) passports. Notwithstanding, there remains a pressing need for additional ‘lifeboat’ schemes for younger Hong Kong citizens without such passports. It was sufficient to rile Beijing into threats of retaliation. It was not sufficient, however, to deter the Chinese government from continuing its relentless undermining of Hong Kong’s freedoms.

For all its communist credentials, the only language the Chinese government really understands is that of money. Sanctions on the Chinese and Hong Kong officials responsible for the crackdown are the clearest route to making Beijing think again.

This course of action is far from extreme. The UK government has already used its new Magnitsky style sanctions legislation to issue asset freezes and asset bans on Alexander Lukashenko and other members of the Belarusian government for their human rights violations. The US has sanctioned numerous Hong Kong officials over the last few months. Either the scope of the UK’s sanctions regime needs to be expanded to merit action on the strangling of Hong Kong’s democracy or the legislation isn’t worth the paper it’s written on.

It is not just Hong Kong, but also Xinjiang, Tibet and other areas of China where the most egregious violations of human rights are known to be occurring. On announcing the UK’s new sanctions regime, the Foreign Secretary promised an end to impunity for the world's worst human rights abuses. But as reports surface of widespread forced labour in Tibet and suspected genocide against Uyghur Muslims, the government is yet to announce a single sanction against Chinese officials.

The outstanding question in the House of Commons during the statement on Thursday was, who is blocking such a move in the UK government now?

Xi Jinping and the Chinese leadership are undoubtedly watching how democratic countries respond to the crushing of Hong Kong democracy with keen interest. Hong Kong serves as a test case for whether the free world will stand up to China’s increasingly aggressive authoritarianism at home and abroad. The British government is in a position to lead on this.

It is after all the UK which has had the strongest historic ties with Hong Kong and a right by treaty to stand up for the human rights of Hong Kong citizens. A bold move now would electrify the free world and following that the UK government could drive forward the creation of a contact group of Nations bound on concerted action to thwart the dreadful intentions of the dictatorial regime in China.

The Chinese leader President Xi Jinping watches and smiles, he knows that the west is reluctant to act, busy as they are doing business with China. If we are to avoid the repetition of history we need to send him the strongest signal that this time we will act.

First published in The House Magazine