Biden's colossal mess is even worse than we thought. 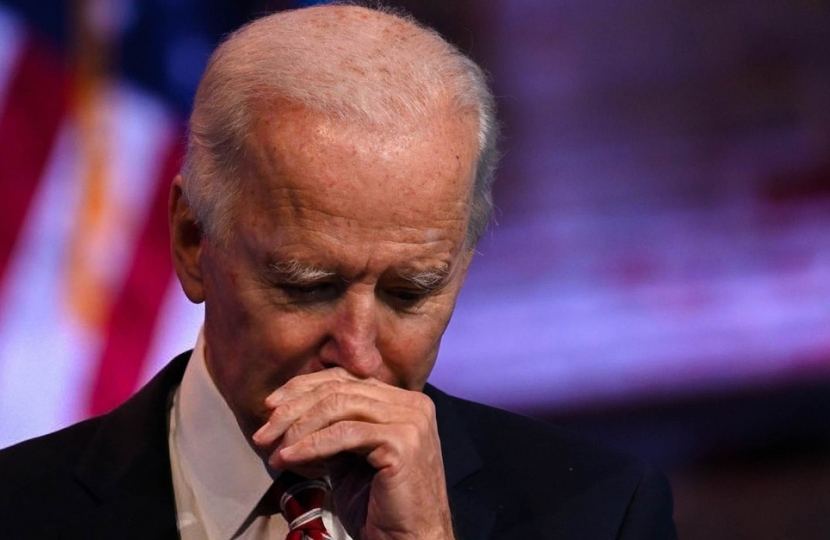 The loss of crucial intelligence and billions of dollars' worth of military equipment will come back to haunt the West.

The news that 79 Afghans, 13 US service personnel and three Brits were killed, along with many more injured, in suicide bomb attacks on Thursday was shocking. It was all the more so because Nato intelligence had predicted such an event, yet had proved unable to do anything about it.

This tragic mess comes back to President Biden. He owns every decision – and the consequences are also his.

Two weeks ago, as the Taliban walked into Kabul, it took days to get the President explain how he had got his plans for Afghanistan so badly wrong. In a misplaced display of stubbornness, coupled with faulty memory, he first claimed the chaos was inevitable and part of their plan. Then, he claimed US intelligence advised him Afghan forces would hold out for 60 days.

In reality, of course, there was nothing inevitable about the violence and chaos of the withdrawal. Meanwhile, officials have been letting it be known that Biden was indeed warned that the Afghan security services were likely to crumble in the face of the Taliban. He was even warned that if he shut Bagram airbase, he would cut off Afghan forces from their vital air support (a significant factor in their collapse) and lose the best place to evacuate from. He seems to have ignored that advice as well.

That’s why, nearly eight hours after yesterday's attack, when Biden ghosted into the White House East Room he looked shell shocked. After all, in the last eighteen months, there have been no US or allied casualties in Afghanistan, no terrorist attacks from Afghanistan, and the Taliban were being held at bay by the Afghan forces, supported by Nato. In a matter of a few weeks, all of that has been thrown away, leaving the whole of Nato having to rely on the factional Taliban for their security.

It also appears that sensitive intelligence, including the names of at-risk Afghans, "could very well have" (to use President Biden's words) been passed to the Taliban. It has also been suggested that the Taliban now have access to biometric devices that include the data of Afghans who supported Nato forces. This alone looks like a death warrant for those now left behind as the Nato flights out come to an abrupt end, leaving many stranded.

The Taliban's head of security is none other than Khalil Ur-Rehman Haqqani a designated terrorist and head of the brutal Haqqani faction, responsible for a number of suicide attacks. On his watch, the Taliban has released thousands of prisoners, among them hardcore Isil commanders, trainers and bomb-makers.

Yet the audit of this Biden-made chaos is far from over. For he isn’t just abandoning Afghans who served Nato forces, it has now emerged that he left behind $85 billion of US-supplied military equipment. That includes 75,000 military vehicles, more than 200 aeroplanes and helicopters and 600,000 small arms and light weapons. The Taliban are also now in possession of the most up-to-date body armour and night vision goggles as well. I shudder to imagine how many of these weapons will make their way to terrorists around the world, to be used in civil wars, against innocent civilians and possibly against British people overseas or, chillingly, at home.

The saddest part of this isn’t just the humiliation of the world’s largest superpower and its allies but that this humiliation is happening at a time when China and its ally Russia are on the rise. China has made it clear that it sees this as an ideological contest between the West's concept of democracy and human rights and theirs of autocracy and control. It is a battle that they are winning.

As Biden stood at the podium making his ridiculous pledge to hit back at those responsible for the suicide bombing, all I could see was the disaster of a man no longer in control – and it is a disaster for us all. No matter your view of the US, they still remain our best hope for freedom and human rights in a dangerous world.