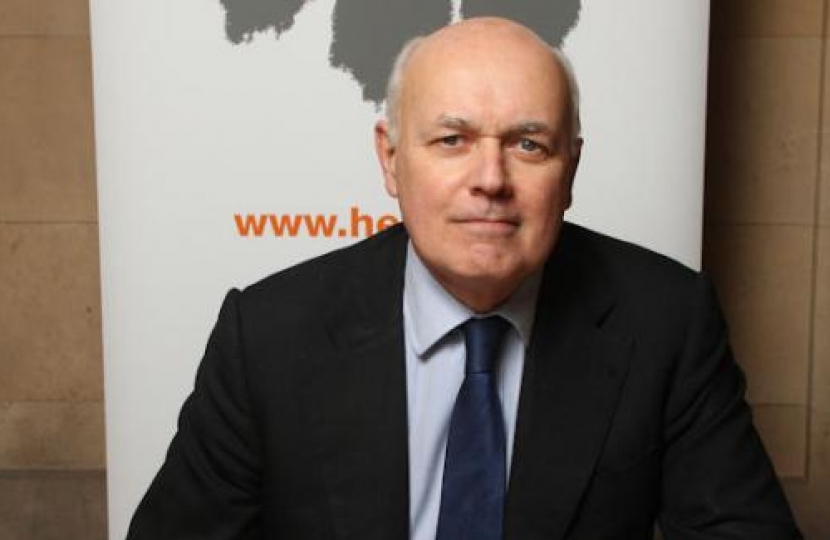 Today, Parliament should have had an historic opportunity to end decades of dither over the “crime of crimes” – genocide – and provide a meaningful avenue for justice and accountability. I say should have because the Government has carefully arranged it so that a straight vote on a Lords amendment to the Trade Bill which would grant British courts the authority to declare whether genocide has taken place will not be available to MPs. By use of a procedural mechanism that puts a group of amendments together behind the Government’s own amendment, having that single vote on the powerful amendment from the Lords has been lost to us all. This is unfathomable.

The reason this is so important is that for many years British governments of both political parties have argued, rightly, that genocide cannot be determined by politicians, but is instead a matter for the courts. In 2016 David Cameron, after reviewing the policy, affirmed that “it is not for the government to be prosecutor, judge and jury … Not only are the courts the best place to judge criminal matters but their impartiality also ensures the protection of the UK government from the politicisation and controversies that attach themselves to the question of ‘genocide’.” Boris Johnson reiterated that position as recently as last month, when he said that “the attribution of genocide is a judicial matter”.

The Government is right. But the problem is that there is no court currently able to make such determinations. The international courts have the competency in theory, but are hamstrung on any case where China or Russia have an interest. Apart from cases involving state parties to the Rome Statute, the International Criminal Court (ICC) can only hear cases referred by the UN Security Council – and China and Russia wield their veto power against any such referrals. The ICC has been emasculated. And although Gambia has brought a case against Burma to the International Court of Justice (ICJ), that is only an avenue for state-to-state litigation, requiring a political will that is all too rare. Again, China has a restriction on the jurisdiction clause at the ICJ. The international justice system is not working.

Today, there should have been a chance to fix this. This amendment from the Lords would empower the High Court in this country to receive evidence of alleged genocide and provide a preliminary determination. It answers the Government’s case that genocide is a matter for the courts – and provides a way for the courts to respond.

Importantly, this amendment has been revised since it was first debated last month, and now clearly separates the role of the courts and the role of Parliament. A genocide determination by a court would serve to inform government and Parliament, not bind them. It would be for government to present to Parliament its response in the event of a genocide determination. It empowers the courts to do what they do best – make a legal judgment based on evidence – and leaves government and Parliament to do what they do best: determine policy.

This amendment was passed by the House of Lords last week with a majority of 170, supported by two former Lord Chancellors, a former Lord Chief Justice and two former Supreme Court justices, several former Cabinet ministers, the former heads of the Royal Air Force and MI5, along with some of the most experienced lawyers in the land. It is backed by the International Bar Association and the Bar Human Rights Committee, as well as the Board of Deputies of British Jews, the Muslim Council of Britain, Church of England bishops, Catholic bishops, the Humanists and a whole range of human rights organisations.

In response, bizarrely, the Government is offering an alternative amendment which undermines its own argument. Instead of supporting our amendment, the Government is proposing one which would not allow courts to make a determination, but instead offers the Foreign Affairs Select Committee a right to assess evidence of atrocity crimes where trade agreements are being considered. Yet if genocide determination is not a matter for politicians, but for judges, why suddenly suggest a role for a parliamentary committee?

Furthermore, the Government’s amendment does not in fact give the committee any powers it does not already have. A select committee can already assess evidence, require a government response and publish its findings – that is what they do. But it is no substitute for a legal determination that only the courts could provide.

One of the arguments against our amendment is that it will allow vexatious genocide claims to clog up the system. But that is far less likely to occur with the courts than with a select committee. We have some of the finest legal minds in the world, who are more than capable of scrutinising evidence and throwing out false claims. The evidential threshold for genocide is extremely high, and only a very tiny proportion of claims would ever be heard. Give it to a cross-party group of MPs, on the other hand, and you politicise the subject and throw it open to all sorts of agendas. The Government’s offer therefore is deeply counter-productive to its own position.

Which is why it is so tragic that today we don’t get to make these points in the House of Commons because the Government have blocked a vote on the Lords Genocide amendment by using arcane parliamentary procedure.

The fact is, for too long we have allowed a circular argument to develop that has caused paralysis and inaction in the face of some of the worst atrocities since the Holocaust. Saying that genocide is a matter for the courts but refusing to empower any court to offer a determination is an intolerable position.

It will now be up to the Lords to put this right and give the Commons a vote on whether our courts should be allowed to hear cases of genocide. We have an opportunity to lead the world in making the words “never again” – uttered after Rwanda, Srebrenica, the atrocities against the Yazidis, the Rohingyas and the Uighurs – mean something more than mere handwringing. We have a chance to give victims of genocide their basic right: their day in court.