The Trade Pact Waiting to Happen Friends—like the U.S. and the U.K.—are invaluable in a pinch. 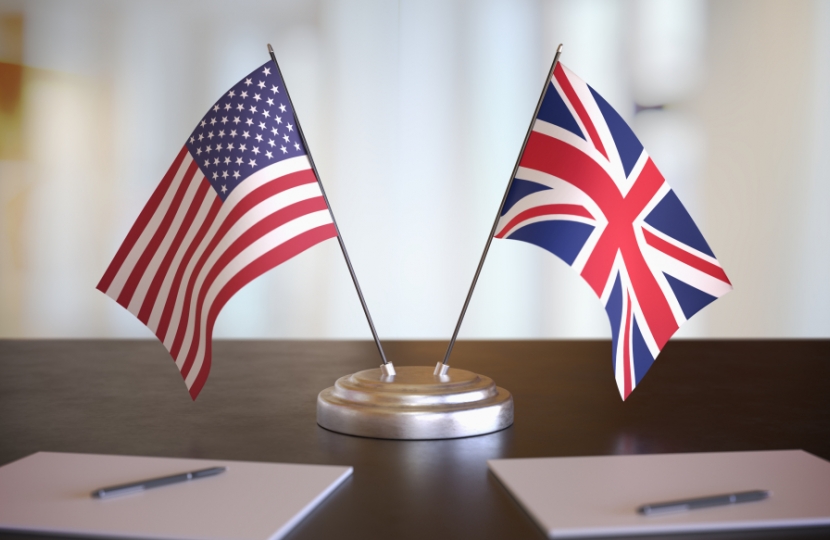 Of all the things shared by the United States and Britain, perhaps the most important is the common law—a system of law that isn’t imposed from above but arises from the people in the form of cases and precedents. Engrained in common law is the concept of “partnership.” Partnerships allow individuals to cooperate by sharing knowledge, effort and resources for their mutual benefit. They are also voluntary, allowing each member to freely associate with the others, and require each to value the welfare of his counterpart as much as his own.

Partnerships thus bring about peace, prosperity and productivity. Simply put, we work together, so we both benefit. And there is no greater exemplar of a partnership between nations than that of the United States and the United Kingdom. No two nations have worked more successfully together. No two peoples have done more to expand and defend liberty, and to achieve peace and prosperity.

Economists have known since the days of Adam Smith and David Ricardo that free trade increases prosperity both at home and abroad. It brings about efficiency, innovation and better products at lower costs. And between nations with similar worker protection regimes, developed economies, robust legal systems and a common language—such as the U.S. and U.K.—the usual qualms over fair compensation and intellectual property protections disappear. Importantly the figures all show that global free trade has done more to reduce poverty around the world than any other measures, including expensive government-led initiatives.

Indeed, the economic ties between our two nations are already strong. In 2019, the trading relationship in goods and services between our countries was measured at $273 billion; and the United States is currently Britain’s single largest trading partner. A free trade agreement would allow even more goods and services to flow more easily between our countries and open the potential for expanded commercial partnerships and investments in emerging industries.

The current pandemic and supply-chain turmoil has confirmed that friends are invaluable in a pinch. Global relationships are unsteady. Many governments do not know what the future of their trading relationships will look like.

When uncertainty has struck in the past, the American and British peoples have joined forces for their mutual benefit and the common good. And as history demonstrates, the combined might of that partnership has steadied the world through its greatest perils. Now, facing an aggressive and expansionist China, Americans and Britons have the opportunity to once again join forces and emerge from this crisis stronger than ever—for the benefit of our countries, and nations across the globe.

Now is the time for both governments to exercise good faith and reach an agreement that will benefit us both.

Article written for the Wall Street Journal by Mr. Lee, a Republican, U.S. senator from Utah. Mr. Duncan Smith, a member of Britain’s House of Commons, served as secretary of state for work and pensions, 2010-16.