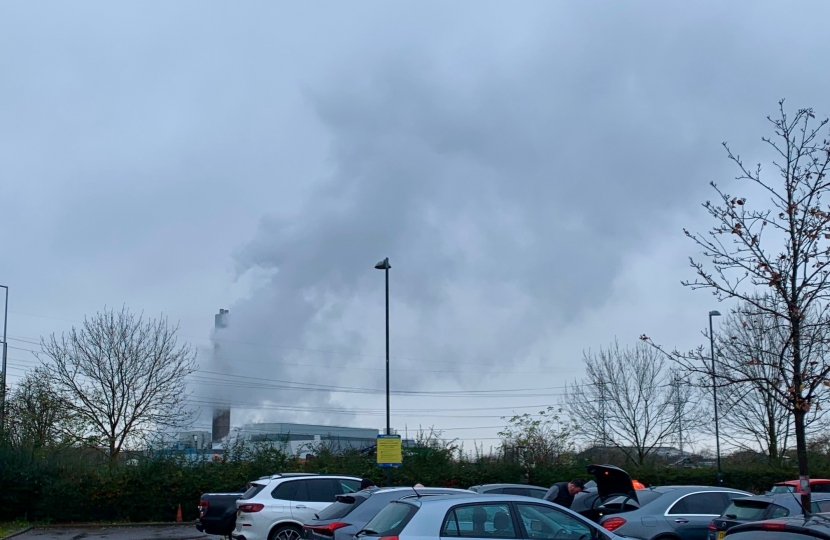 GLA member Emma Best AM and I joined Dr Ed Tranah, local resident and doctor at North Middlesex University Hospital NHS Trust, talking about why he is worried about plans for a new and expanded incinerator at Edmonton.

There is an ongoing issue in Chingford & Woodford Green that I have been speaking to Department for Business, Energy and Industrial Strategy about now for a year and a half. I met the Secretary of State about the Edmonton Incinerator and during that meeting I asked the Secretary of State to look into a value for money review for the project which has spiralled in cost and will have a significant health and environmental impact on my constituents. There is very significant opposition to the expansion of the incinerator amongst local residents.

The only remaining bidder for the contract will be voted through on the 16th December.

The main areas against the expansion are:

There is now no competitive bid for the project, as one bidder dropped out and the remaining two joined together.

Costs for the project are spiralling, and have at least doubled, now estimated at £1.2bn.

The capacity provided by the expansion is no longer necessary, and waste would be driven across London and further afield to make up the short fall.

The plume falls across my and other constituencies with proven detrimental health and environmental impacts.