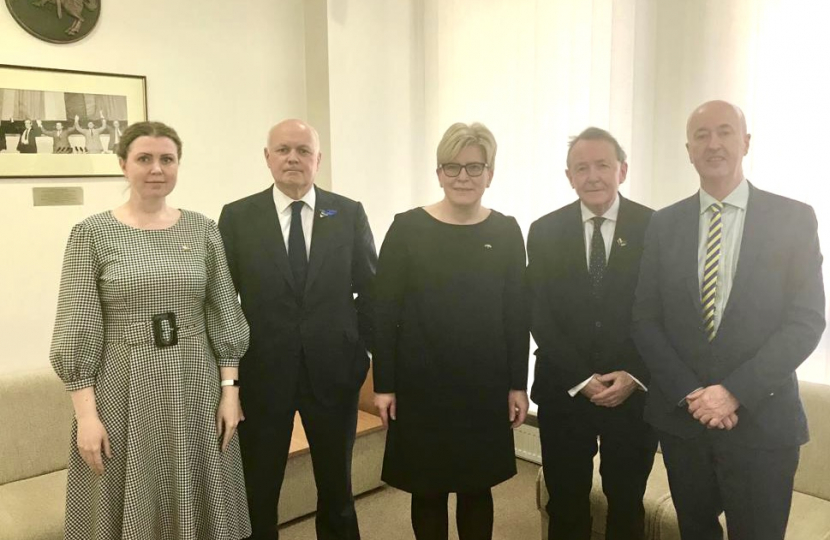 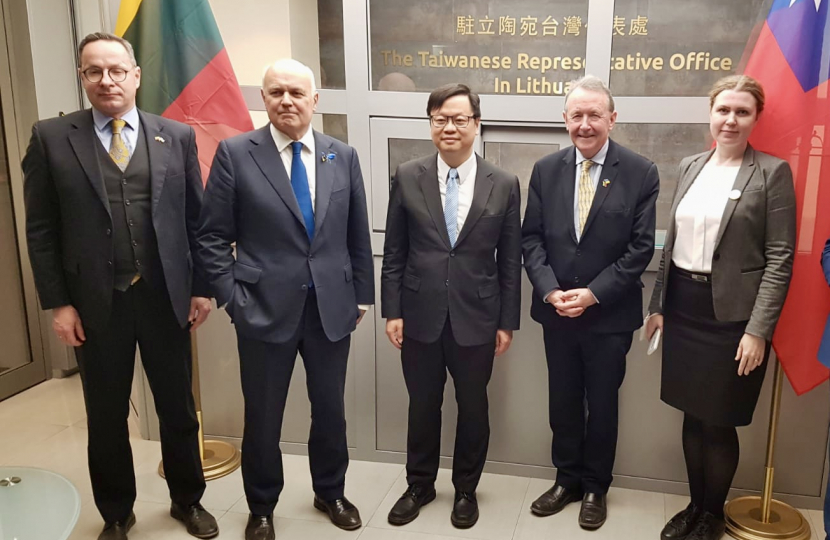 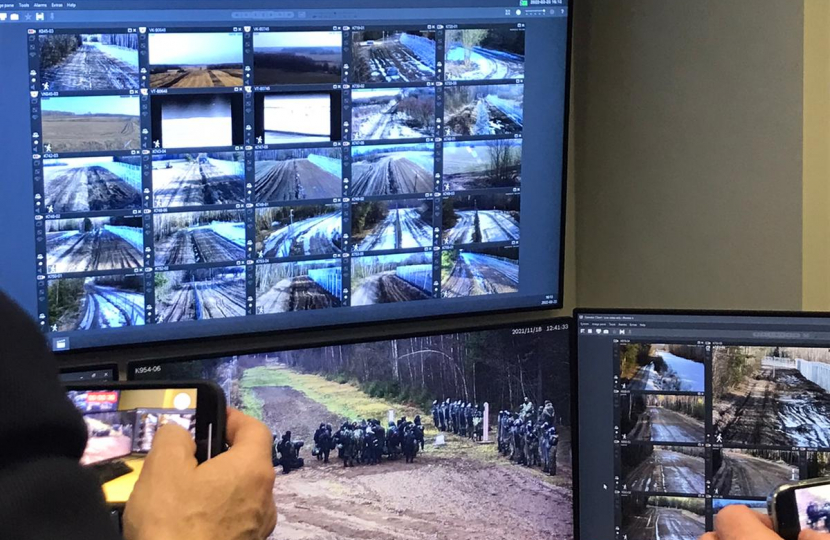 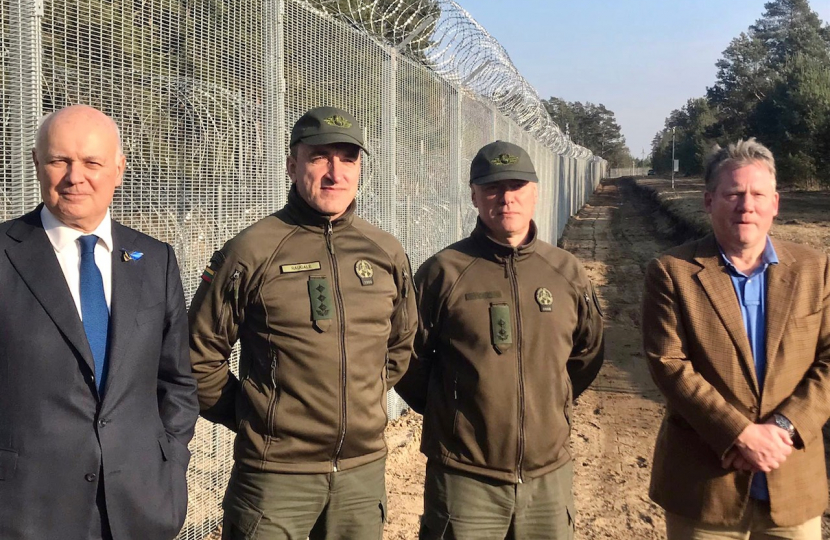 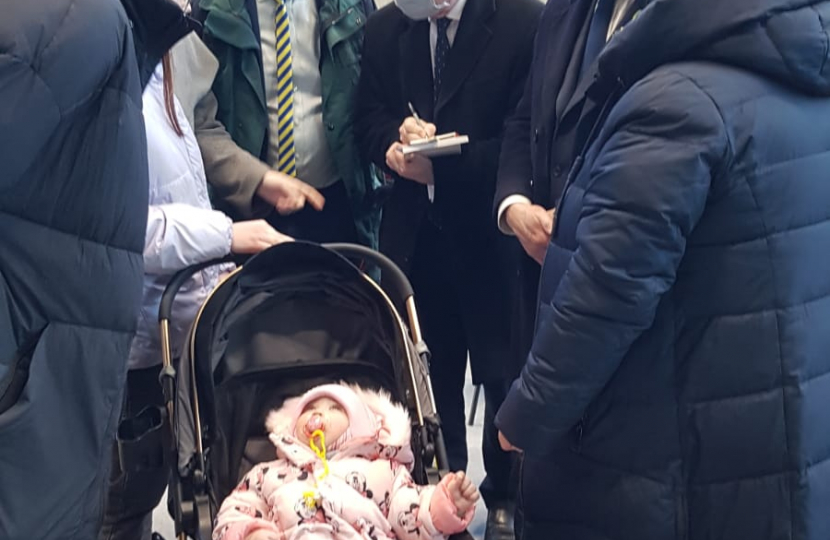 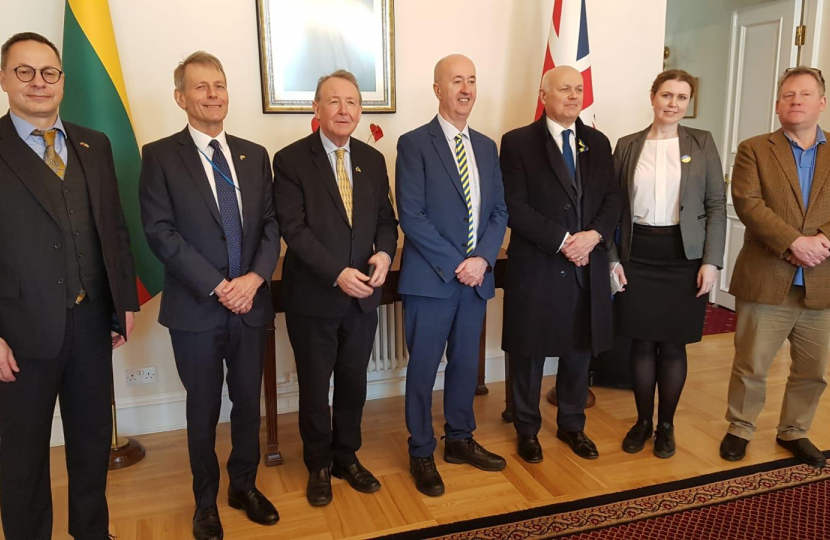 We, members of the Inter-Parliamentary Alliance on China (UK), have had the privilege of meeting with Lithuanian parliamentarians, government officials and military leaders over our visit to Vilnius.

We are deeply grateful for the warm welcome that we have received from our Lithuanian colleagues, that exemplifies the strength and longevity of the growing bond of friendship between the peoples of the United Kingdom and the Baltic states.

Today, Lithuania, a country that knows only too well what living under the oppressive rule of the Soviet Union was like, has held firm in the face of increasing pressure from authoritarian regimes in both Moscow and Beijing.

As Putin’s senseless war in Ukraine continues, Lithuania, a country of just 2.8 million, has taken in over 30,000 refugees –  at least 1,000 a day since the beginning of the invasion.

Lithuania has been at the frontline of the Moscow backed Belarussian dictatorship’s efforts to destabilise Europe by deceiving and coercing thousands of unregistered individuals into entering Lithuania in an act of heinous state sponsored human trafficking.

Lithuania has also been uncowed by vindictive trade sanctions from Beijing and has dared to call the Taiwanese Representative Office in Vilnius for what it is – an office not just for the city of Taipei but for all Taiwanese people.

As we return to the United Kingdom, we call on our government to take action to support Lithuania by:

Members of the Inter-Parliamentary Alliance on China