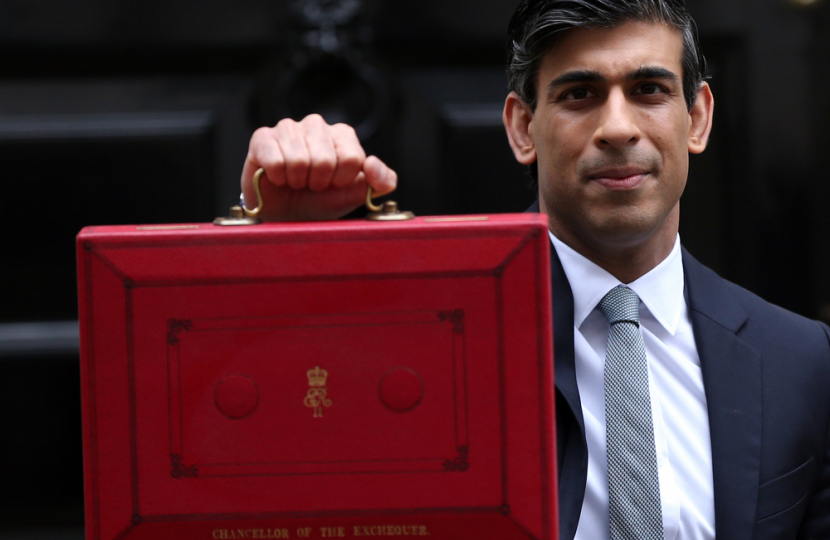 Rishi Sunak exposed the Government's inability to set VAT for the whole country. This cannot go on.

As Putin’s war in Ukraine rages, shocking the world economy and forcing up energy and food prices, Rishi Sunak had to use his Spring Statement to focus on the cost of living.

However, beyond the concerns about whether he has done enough, among his measures, one proposal highlighted a different and very serious issue. It is the artificial division now in the United Kingdom created by the Northern Ireland Protocol. This became starkly clear when the Chancellor had to admit that his proposed cut in VAT on energy-saving products could not apply to Northern Ireland as it would across the rest of the UK because of the Protocol.

Prior to Brexit, VAT was an EU regulated tax. The charging of VAT on insulation, solar panels and energy efficient light bulbs was therefore subject to the EU’s VAT Directive and, despite a long running battle by Gordon Brown and other Chancellors over many years culminating in a ruling from the ECJ against the UK in 2015, it remained the case that the UK could not cut this tax.

The freedom to set our own VAT rules was thus one of the key benefits of Brexit. This allowed the Chancellor to dutifully set out that, in order “to help households improve energy efficiency and keep heating bills down, the government will… ensure that households having energy-saving materials installed pay 0% VAT.”

Great news, but then came the small print. “The Northern Ireland Executive will receive a Barnett share of the value of this relief until it can be introduced UK-wide.”

If this were an isolated case it might be bearable, but it is not. Northern Ireland has to follow the whole cannon of EU laws on products, foods and medicines while having no democratic input. We have heard about the EU’s attempts to stop Great British sausages reaching Northern Ireland, and more starkly there are the problems with cancer drugs and products destined for the Northern Ireland supply chain.

Yet in this case the Chancellor, having decided to go ahead with the VAT cut in GB (a very welcome move), has created a divergence between either side of the Irish Sea. This highlights the existing schism in the Union. In many other cases, the fear of creating such differences has encouraged ministers to continue following EU rules and forgoing the benefits of Brexit.

We forget that the Protocol was only ever meant to be a temporary measure. We are criticised for noting that it includes articles that would allow it to be replaced, or suspended under Article 16. Yet every day we continue to see that the operation of the Protocol is putting great strain on Northern Ireland (and damaging the Good Friday Agreement) both economically and constitutionally.

And after many months of talks, the European Union has yet to agree to a system of Mutual Enforcement, which would solve many of the outstanding issues, allowing both sides to enforce the rules governing each other’s internal markets.

The Government must, in the light of this tear in the fabric of our Union so exposed in the Spring statement, repair this mess urgently. Next time we have a Budget it must be one for the whole United Kingdom and not just a part.