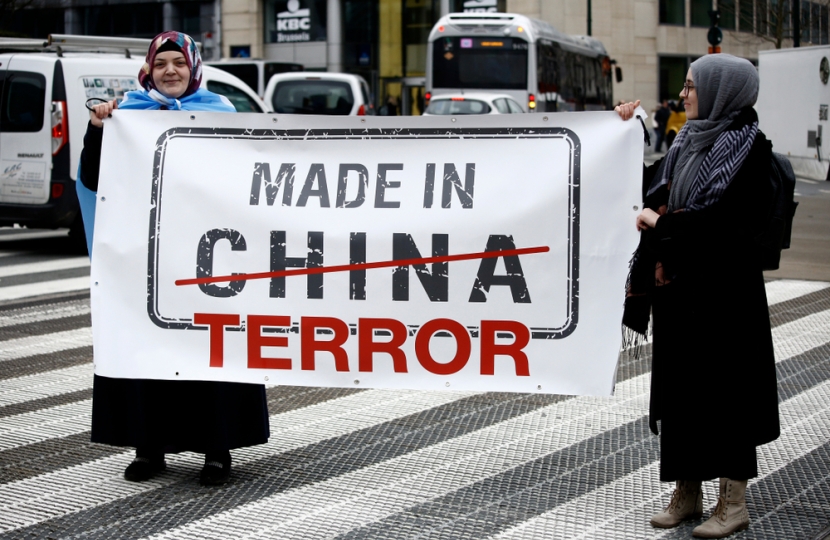 As the dust settles on the merry-go-round of Cop26, it is becoming very clear that the Chinese Communist Party has emerged in an even stronger position than it was in before the conference. Those Western politicians who pushed for the most disruptive net-zero targets didn't seem to realise that they were making the free world more reliant on high-carbon Chinese energy.

This cognitive dissonance from Western leaders extends to almost every element of the net-zero transition and, perhaps worst of all, aligns the free world with Chinese human rights abuses.

We have long known that the CCP forces masses of Uyghur Muslims into coercive labour transfer programmes in the Xinjiang region. In 2020 alone 2.6 million people from Uyghur and minority backgrounds were transferred to work placements, often hundreds even thousands of miles from their home towns in clear conditions of forced labour.

Yet Cop failed to discuss the fact that the same Xinjiang region accounts for approximately 45 per cent of the world’s solar grade polysilicon production — a primary material for 95 per cent of solar panels, which are now proliferating across Britain.

These programmes cannot be separated from the widespread abuses taking place against the Uyghurs, which legal investigations have concluded present a credible case for genocide and crimes against humanity. But still, we rush to buy solar panels from Xinjiang, simply aiding and abetting these horrific abuses.

China now accounts for the vast majority of rare earth mining of “critical minerals” that are essential for the production of everything from electric car batteries to the computer chips required to run smart energy distribution. Many of these mines happen to be in areas where human conditions are appalling. Given that these critical minerals have become the oil of the 21st Century, should such conditions not concern us more?

China’s dominance here is a choke point in the supply chains on which net-zero depends. Unless democratic states are able to coordinate to find alternative means of production, the CCP will strengthen this key point of leverage. We need to change this situation urgently.

When our democratic allies, such as Australia, Japan and Lithuania, have called China out for their shocking behaviour on issues ranging from Covid to Uyghur genocide, China has hit back very hard. And now, as the CCP throws its weight around, threatening Taiwan, bullying their neighbours and using slave labour and repression at home, it is secure in the knowledge that the free world’s growing dependency on Chinese energy will weaken the West’s collective response.

If history teaches anything, it is that we must put a higher value on freedom, or we will find that the final cost to us all becomes too high.