The Government must rethink its panicked policy on schools. 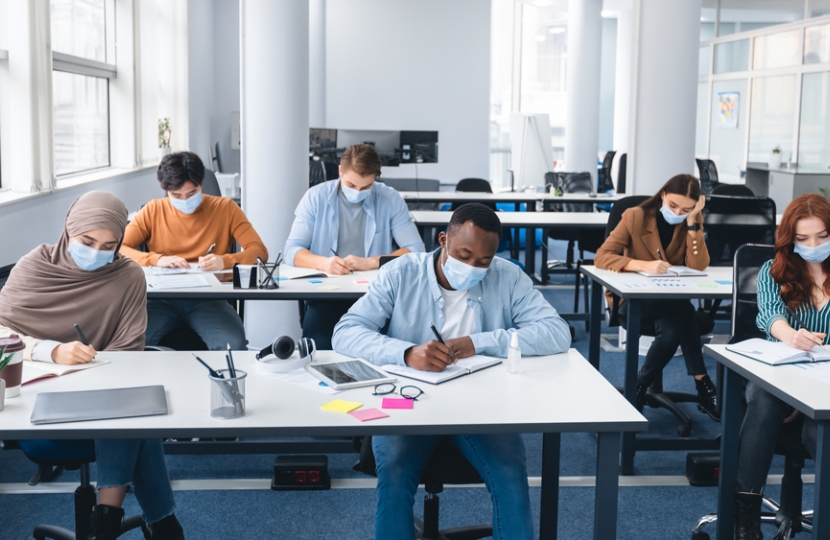 Over the pandemic, more than one in eight pupils have been persistently absent.

From the beginning of the pandemic, I have been concerned that a sense of growing panic about the virus would cause us to lose our natural and often instinctive balance of risks.

Day after day we have been pounded by the grimmest of figures on the BBC and other news outlets. Even as the link between infection, death and hospitalisation has been broken by the vaccinations, and even as so many other medical conditions kill more people, still we are submerged in Covid statistics.

The latest figures show that 5 million people are on waiting lists for much-needed treatments and operations previously cancelled or postponed. Many businesses teeter on the brink of collapse, and yet we still haven’t unlocked.

However, it is in education where I fear the long term effects will be most damaging, not just in day to day schooling but in outcomes for the children left behind. As in so many other areas of society, those from the poorest and most challenging backgrounds will suffer the most.

A recent Ofsted report showed that children whose parents were unable to work more flexibly, and so had less time with them, have in some cases lapsed back into nappies, lost early progress in numbers and words, regressed in reading and writing. Others' mental distress is manifesting itself in eating disorders and self-harm.

On top of that, a Centre for Social Justice report lays bare the scale of school absence amongst the poorest and most troubled families. The CSJ finds that over the pandemic, more than one in eight pupils have been persistently absent. Worse, nearly 100,000 pupils were absent more than they were present – children missing more than half of their education, a staggering 55 per cent increase during the pandemic. The average pupil lost 107 days in school since the pandemic, over half of the 190 days in a standard academic year. This amounts to a staggering 1 billion days missed between March 20 last year and June 24 this year.

75,000 children were permanently ‘off rolled,’ an increase of well over a third, while an additional 20,000 children have simply disappeared off school registers altogether during lockdown. The effect on the most damaged children can be catastrophic; if they don’t attend school regularly, they are six times more likely to drift towards crime and violent street gangs.

The outcome of this is terrible for them, and terrible for the rest of us. For over half of prisoners regularly truanted in school, two thirds had fixed-term exclusions and just under half were permanently excluded. With each excluded pupil costing some £400,000 in additional education, benefits, healthcare and criminal justice across a lifetime, the result of this school failure could cost taxpayers as much £2.1billion a year.

School age children are the least likely of all age groups to suffer any serious side effects of coronavirus and at the same time most in need of social interaction both with teachers and, what is often underestimated, the company of other children. Yet during this pandemic they have at first been kept away from schools and developmental interaction and when they finally went back, forced into artificial age bubbles. Now, so great is society's apparent fear of the virus that current guidance for schools means significant numbers being sent home on the off chance one in their group came into contact with someone testing positive.

Even now that the vaccines are rolling out so successfully, the Department of Education still hesitates to stop the insanity of large groups being sent home at once. The effects on our children’s lives have already been appalling and yet whole classes and year groups are still being forced to isolate indiscriminately.

The incessant project fear message has eaten into decision makers minds and rendered then incapable of balancing risk and reward. There can surely be no other explanation for not ending this system now.

When in future people worry about rising levels of anti-social behaviour and crime, they should reflect on the importance of school attendance in preventing this. Enforced and unnecessary absence is failing our children.