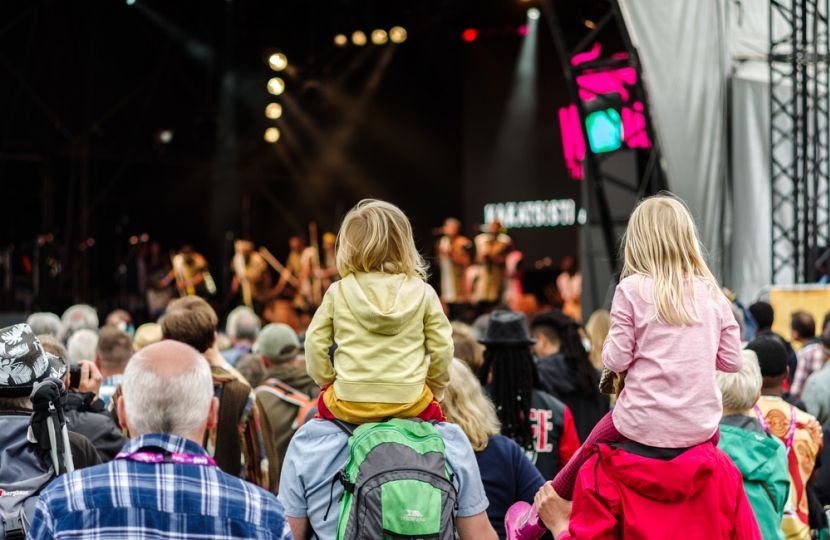 The end of the roadmap won't mean the return of big events unless the Government supports organisers now.

With the sun shining and beer gardens open again, I am sure that the latest easing of restrictions has left people looking forward to when life gets back to normal. After all Boris Johnson took a big risk last year and bought millions of vaccines before they had been proved to have worked. That gamble has paid off and we can, thanks to the vaccines being rolled out, see the end of the lockdown. For many that means the joy of that first foreign holiday, or the chance to eat indoors in a restaurant. Thanks to our vaccines,  all that could be, in some form or another, open to us soon.

But what of those who have been waiting patiently for the return of mass live events? For all the people for whom concerts, music festivals and sports matches formed the fabric of their pre-pandemic lives? The future on this though now looks pretty bleak because unless the Government takes action to address one of the critical problems faced by the organisers of such events, they will not go ahead.

The reality is that very few of the mass events we have missed so much can go ahead in Summer and Autumn, unless the issue of insurance can be resolved. This is absolutely essential because, while a very small number of companies may have deep enough pockets to bear the risk of cancellation themselves, the vast majority do not. Without insurance to satisfy their lenders that the level of financial risk is under control they simply cannot operate.

This is, of course, not only a question of having fun. In a normal year, music and sport events in the UK deliver as much as £17 billion of value added to the economy. Some can still operate and make money without crowds thanks to other revenue streams such as selling television rights. But many rely on their crowds to make money and if you throw in not only the threat of cancellation but the impact on revenue of restrictions such as social distancing continuing and you can see how hard hit this sector will be. We should remember, too, that many people on low incomes rely on working in this area of the economy.

Most events simply will not be able to take place without cancellation insurance because of the enormous risk of lockdowns or of restrictions on capacity. That is why there is no cancellation insurance available in the market at anywhere approaching commercially viable levels. This is why an insurance scheme worked out between the industry and government urgently needs to be agreed and settled. Such a programme is not like the furlough scheme, it should be seen as an investment in the UK’s cultural assets, which does not have high setup costs associated with it.

Despite the Government's reluctance to solve the insurance issue, they have set up a number of pilot projects to review whether, when and how events could operate. The irony which seems to be lost on officials is that the events in the research programme have been insured specially by the Government with cancellation compensation for pilot events up to £300,000. This clearly shows that the Government knows there is some kind of market failure in the traditional insurance industry. Meanwhile more and more events will be cancelled.

The reality is that if events are to proceed, Government-backed cancellation insurance must be available. This in turn will unlock the flow of money throughout the supply chain to production companies, contractors and freelancers.

This should be designed alongside the commercial markets so that when insurance firms do have the appetite to write the risk they can begin to share the risk with the Government. That risk share could build over time as the perceived risk becomes lower and could yield up to £100 million in premiums. Once set, the Government would retain control of the risk and would be able to deploy this facility if and when it felt it reasonable and safe to do so.

Sadly, despite many discussions with civil servants, the Government has so far not engaged with stakeholders or insurers about setting up such a facility. That already means that some events in July are unlikely to proceed. Even with cancellations at 50 per cent, that would cost the economy more than £2 billion a month for July and August.

Insurance is about protecting organisers, employees and suppliers from the financial ruin of cancellation. It also opens the door to jobs, income, taxes and business renewal. Obliging organisers to face a Hobson's choice between going ahead without insurance or facing another year of financial distress is not fair.

The clock is ticking for the events industry and if we want to take economic advantage of the vaccine success, we should be planning the insurance solution right now.