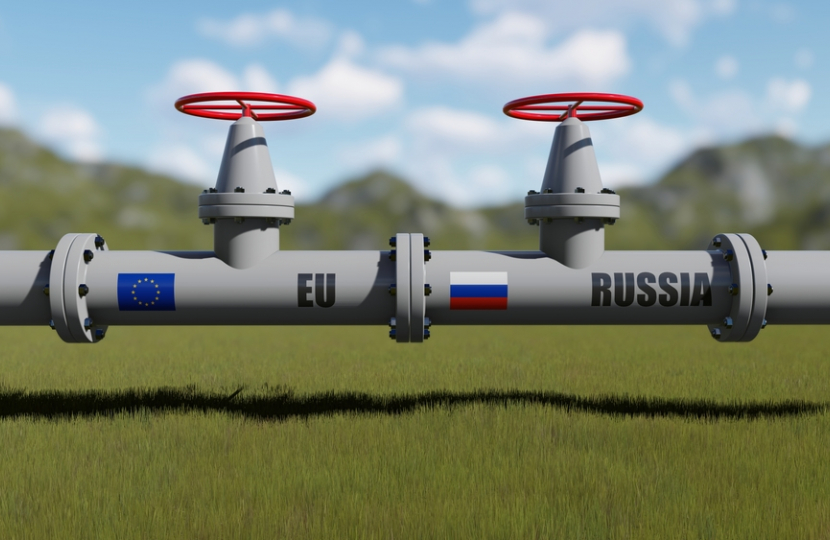 It isn’t just Britain's financial relationship with Russia that has to change, but the entire philosophy of our energy policy.

As Putin’s bombs and rockets target and kill innocent civilians in Ukraine – destroying numerous towns and cities – the complacent West has had to recognise that Russia’s invasion changes everything.

As we finally crack down on Russia’s oligarchs and their dirty money, it isn’t just our financial relationship with the country that has to change, but the entire philosophy of our energy policy. Just look at how vulnerable countries in Europe, like Germany, have allowed themselves to become addicted to Putin’s gas and oil. As things stand, Europe is indirectly funding Putin’s war-chest through Russian energy alone.

The dangerous moments in politics happen when the opinion of the political class coalesces and all debate is ended. So it has been with this new religion of Net Zero. Under this banner, whilst virtue-signalling, the UK has allowed North sea oil and gas exploration to nigh on disappear.

The result is that we have moved from a country which only a few years ago was a net exporter of gas with large strategic storage, to a net importer with next to no storage at all.

Even as the government belatedly accepts it has to acquire more North Sea gas, at the same time – inexplicably – it is closing down the existing land-based Shale gas wells we already have.

As a policy, it makes no strategic sense, and never has.

After all, under Lancashire and Yorkshire lie some of the largest reservoirs of natural gas in the world, known as the Bowland Shale. The system of getting it is straightforward. A mile below the surface, water is mixed with sand, the pressure cracking open shale rocks so the gas escapes naturally.

Experts accept that even if the wells yielded just 10 per cent of this gas, it would be worth several trillion pounds, capable of supplying the UK with gas for some five decades. These UK shale reserves, it is acknowledged, are better than the reserves in Louisiana and Pennsylvania, because the reserves go deeper and – it seems – contain more gas.

When asked why BEIS was closing down the wells rather than opening more, their political spokesman made several false statements about the process. One claim they made was that the wells caused earthquakes: an absurdity. The tremor level required is well below that of a building site, more like a bag of shopping being dropped on the floor, and far less than road and rail create all the time.

Energy costs are six times lower in the USA as a result of their shale gas. How economically illiterate of us to fail to recognise that as we will need gas long into the future, it could be from the UK, giving us vast tax revenues, easing the cost of living, and – most vitally in the present climate – energy security.

Worse, there is a whiff of hypocrisy. Shipping gas from other countries means that the carbon footprint remains at the production end and is therefore the responsibility of the country it came from – allowing the UK to declare it has lowered its carbon.

If any other country had such reserves, they would be trying to extract them at full speed. Instead, the government is determined to justify doing nothing, closing the existing wells.

This utter collapse in serious strategic thinking is now going to cost us dear. In politics, as in life, we should plan for the worst whilst hoping for the best. Instead when it comes to energy, the UK is in danger of hoping for the best with our fingers crossed behind our backs.