Don’t blame Brexit for driver shortages – our brainless bureaucracy is the real culprit. 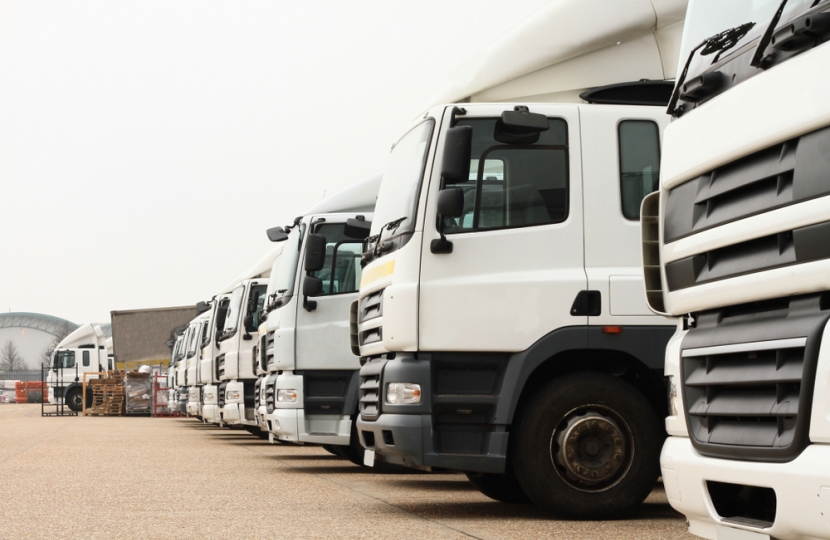 Covid exposed just how sluggish our institutions can be, and now we are paying the price.

Harold Macmillan said that the thing he feared most in government was, "Events, dear boy, events". In this, he was right. It is seldom policy issues that determine how governments are viewed by the public, but how they handle unexpected events.

The Government is finding just how difficult it can be to retain control while being buffeted by the unexpected.

Perhaps the best illustration of this is the HGV driver shortage affecting the supply of fuel and food. Some broadcasters and journalists have lazily labelled this as a Brexit problem without looking any further, yet this is simply untrue. This is a European-wide issue and the culprit is coronavirus. The origins of this chronic shortage lie in the long-term implications of locking down so completely.

The reality is that, all over Europe, when countries locked down many drivers went home and many more were furloughed, then retired. This was made worse as all testing of new drivers was stopped, something which could have been avoided, particularly if the authorities had used avilable Covid PCR or lateral-flow tests to allow prospective drivers to qualify. To give you a sense of how chronically stupid the bureaucratic thinking was, the Driver & Vehicle Standards Agency also stopped motorcycle testing – even though those being tested were all alone on their bikes.

What we now see are the aftershocks of lockdown decision-making beginning to buffet us. There has clearly been little forward thinking or planning.

The Confederation of British Industry, which quickly blamed Brexit for the current shortages, instead should recognise that industry leaders themselves must shoulder a significant measure of blame. I recall before Brexit, when as Secretary of State at the Department for Work and Pensions I questioned why hauliers did so little to invest in their industry by training drivers, particularly when the shortages were already becoming known, the hauliers responded that British people wouldn’t do the job. In response, my department bought a number of places on courses to test their theory, and found that they were filled by applicants in days, and well over three-quarters subsequently passed. The hauliers' theory was wrong: there were plenty of people with drivers licences who would have loved to train but couldn’t afford the cost of the course. The reality was that cheaper drivers from overseas led to short-term decisions.

Some years ago, when I left the Scots Guards, I chose to qualify as an HGV driver. I remember well the endless journeys around Liverpool during the leisurely two-week course. Although some years later I didn’t renew my licence, I remember how, even then, I could see the scope to compress the course into a matter of a few days, something which should have been done years ago.

From the short-sightedness of the Driver & Vehicle Standards Agency to the failure of the hauliers to invest in British drivers, it is clear that the driver shortage could have been alleviated. I’m not sure how visa changes will help much now, when all Europe is also searching for drivers.

On top of that, with energy prices rising and energy companies going to the wall, we discover that this year was the first year we have issued a North Sea exploration licence since 2016, and that we have the smallest strategic supplies of gas in Europe. The PM’s announcement that investing in British, not Chinese, nuclear is the way ahead is correct, but the reality, as we try to achieve net zero, is that we will still need fossil fuels for some time yet if we want to keep the cars running and the lights on.

With growth levels stalled, inflation set to rise to 4 per cent and Christmas looming, the Government needs to move swiftly to avoid a perfect storm. Those on the lowest incomes will bear the brunt of a cost of living rise – it’s surely time to re-think the cut to Universal Credit, or at least delay it until we know where we are in four months.

A reputation for competence is vital for a government. The handling of events, as Macmillan knew, has the capacity to damage a government's reputation or imbue the public with renewed confidence in it. It’s in the Government's hands to decide which.