The Cummings vision of Government was always doomed to fail 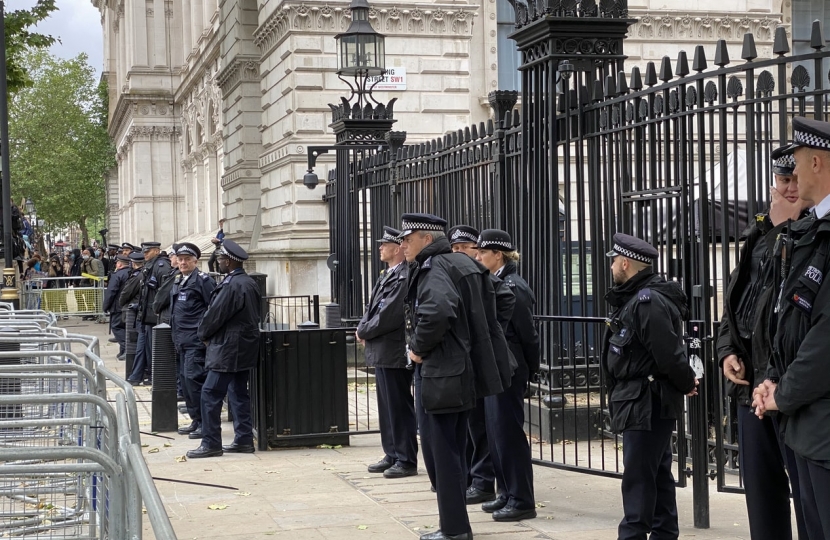 There is always an issue when an adviser obtains a public profile which competes with their leader. From Thomas Cromwell to Dominic Cummings, it almost always ends suddenly, but this time there is one significant difference – the public is deeply invested.

Thanks to Covid, goings on in the centre of power that would once have carried little interest outside Westminster have taken on new significance. When an announcement by the Prime Minister in the afternoon can mean draconian new laws by the following day, ructions in No 10 are important enough for the public will sit up and take notice.

What's more, because we are supposed to all be in it together, most people already know Dominic Cummings. Rather than some faceless backroom staffer, he is the man who chose to take his family up north during lockdown, appearing to obey a different set of rules than those which constrained the rest of us. The goodwill that the Prime Minister expended on supporting him was deeply damaging. MPs still talk of the hundreds, even thousands, of angry letters of complaint they received, many aimed at Boris Johnson for defending him, unusual, because advisors normally take the bullet for the Prime Minister, not the other way around.

It is said that politics is like war without the bloodshed. In both, winning is down to good planning and competent execution. Brilliant ideas are vital, but without clear organisation how will anything get done? That’s why this dispute about the Chief of Staff matters, it is a vital position which has to filled but by someone competent and structured. Discharged well, it will enable the PM to grow in strength, vital to retaining both authority and goodwill. Nothing is more exhausting for a leader than constantly having to firefight over issues which should have been managed well without their intervention.

Yet the role of Chief of Staff alone doesn’t work unless it sits alongside a strong cabinet process, where the most capable politicians are trusted to drive the Prime Minister's policy through their departments, backed by the relevant cabinet committees. Knowing where the problems are, helping to sort them out, knowing when to get Secretaries of State in to see the PM and how to resolve problems between different ministers are vital skills for a Chief of Staff to possess in a functioning government. The very good ones who occupy the post understand they are facilitators, not originators, not driven by ideas but driven by the delivery of ideas. This breaks down and problems ensue when those two processes are confused, as seems to have been too often the case thus far.

It is difficult for most to think of David Cameron’s government without thinking of Brexit, yet beyond Brexit, it carried out a significant number of major reforms, from welfare to education. Through much of this his Chief of Staff was Ed Llewellyn. Notwithstanding any political differences, he managed to keep the process of government moving as smoothly as possible, behind the scenes whilst still ensuring the PM’s views were clear – a facilitator.

Running a government is a complex business, even without a crisis of the scale of Covid. No Prime Minister in the immediate past has faced challenges like Boris Johnson has and it’s therefore not surprising that things haven’t always gone to plan. Yet it has been the regularity of these fumbles and U-turns which has caused the reputation of the government to slip and exposed this structural fault line.

A system centred on one person and built around loyalty can run a single issue campaign but it can’t run something as complex as a government. Governments need a clear chain of command and order if critical decisions are to be made. Intellectual brilliance isn’t enough, it needs to be tempered by experience as well. Structure and the ability to communicate internally and externally are vital in the political arena if the Government is to get the best from a Civil Service which at times through this crisis has creaked, looking less like a Rolls Royce and more a Morris Minor.

That’s why it’s right for the PM to want to see changes. At the end of it all, he is in charge and those around him are there to ensure what he wants is driven through government. At a time of national crisis, there is no room for disputes to spill over into the public domain. The debacle of the leaked Sage papers two weekends ago wasn’t just the final straw for the PM but also for many MPs, too.

Getting Brexit done and levelling up are the two central policy themes of this Government and notwithstanding the desperate and overwhelming need to resolve this Covid crisis, we will need to deliver on both of these. It’s an enormous and transformative agenda that will require a strong organisation based on skill, authority and experience and one that that includes MP’s who have often felt semi-detached, ignored and dismissed by  key advisors.

First published in The Telegraph.