With costs rising, Rishi Sunak should be doing more to help people. 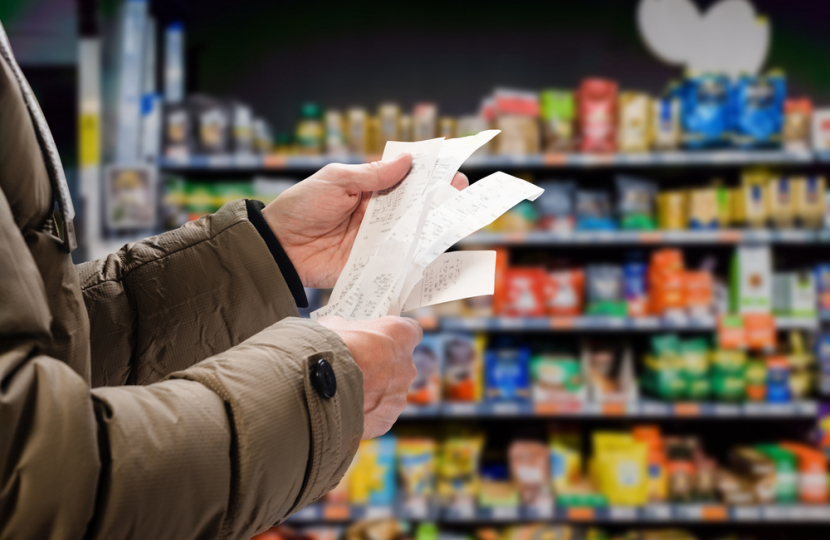 On 1 April the Ofgem price cap soared by 54 per cent, costing the average household an eye-watering extra £693 in energy bills this year.

This is just one extra cost amid a maelstrom of rising consumer price inflation, currently riding at between 6 and 7 per cent. For many basic food items this is more like 45 per cent. This will eat away at people’s real incomes, leaving each household around £1,000 worse off over the course of 2022.

Despite rising day to day costs, the Chancellor has chosen to press ahead with the increase in National Insurance contributions, which has already come into effect, hitting both workers and employers at the worst possible time.

However, despite the hike, the Chancellor has decided to raise the National Insurance Contribution (NIC) threshold – the point at which earners start paying National Insurance. The effect of this is that, overall, those earning just £10-25,000 a year will be paying less. However, the shifting of the overall tax burden onto workers (who pay NICs) and away from those who gain their money through unearned sources of income seems fundamentally unjust. If money needs to be raised, NICs are one of the least fair ways to do it.

There is another issue: the Chancellor’s decision to do very little for those who rely entirely on benefits – the poorest in our society. Universal Credit will rise by just 3.1 per cent, meaning a real terms cut in living standards for those who are least able to bear the burden of rising living costs.

The Chancellor was right to give a £1,000 boost to those receiving in-work benefits in the Autumn Budget. But those who either cannot work or are not expected to work, such as those with disabilities or single parents with young children, are being left even worse off than they were before.

The Treasury should make use of the dynamism within Universal Credit – a smart, digital system – to respond more rapidly to inflation. An option to consider would be reviewing benefits more than once a year they can be increased as inflation accelerates and reduced when it slows.

A further, long-overdue move would be to reform environmental and renewables levies, which are passed by energy suppliers onto consumers and make up as much as a quarter of a monthly household bill. The poorest pay three times more as a proportion of their income towards their energy bills than the richest, meaning we are foisting the costs of financing net-zero on those who can least afford it.

Finally, we must be vigilant about the impact of soaring prices on the very poorest. One third of the lowest income households were in arrears on rent, council tax or utility bills in 2021. Recent research by the Centre for Social Justice found that over a million people are now turning to illegal money lenders to cover the basic costs of day-to-day life.

At a time of rising costs and stagnating wages, the government needs to be cutting the tax burden on earners not raising it. The Chancellor should consider the impact of the rising cost of living, especially on the poorest in society, and do all in his power to put more of their own money back into their pockets.