China is watching this Afghan humiliation of the West, looking at Taiwan and licking its lips. 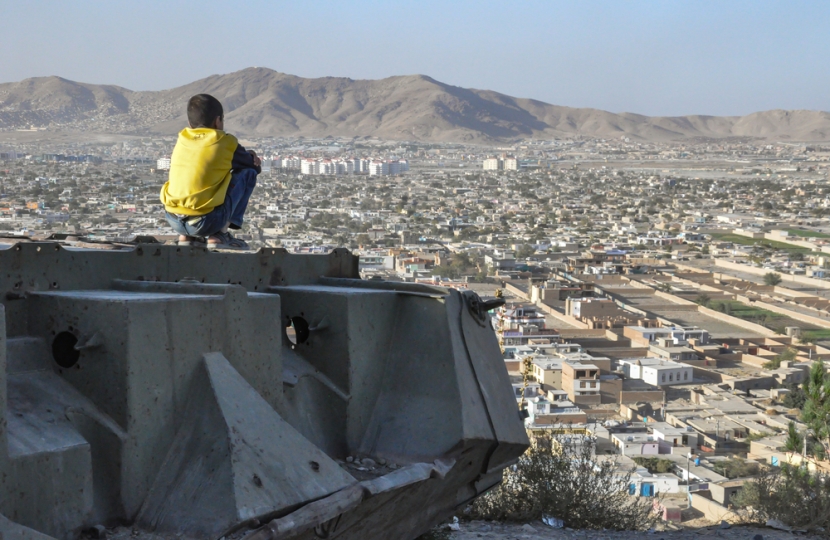 When Antony Blinken, US Secretary of State, rejected parallels between the chaotic scenes in Kabul at the weekend and the fall of Saigon, there were millions who would beg to differ.

The sight of the helicopter on top of the US embassy in the Afghan capital airlifting officials out and scenes of desperate Afghan civilians clinging to military aircraft before falling to their deaths were all too redolent of that humiliating departure from South Vietnam in 1975.

US domestic support for the occupation had evaporated. Which is why, after spending well over $1trillion and seeing 2,400 killed and 20,000 wounded over two decades, the US was determined to bring their troops home. The UK too, with more than 450 dead and 2,600 injured, had already pared their forces back, along with the rest of Nato.

So the issue was not whether a withdrawal would take place but when and, vitally, how. Instead of an well-planned withdrawal, this looks like a defeat.

When President Joe Biden vowed an orderly withdrawal of US troops whilst denying there would be a Taliban takeover, he must have known that his own intelligence team had concluded there was little chance of the government and army holding out for even six months. They didn’t last six days.

At every level, from intelligence to planning and execution, what the world sees is a totemic failure. It exposes the West to the charge that we cannot be relied upon as an ally for the long term.

And as we tumble out of Afghanistan, China and Russia are rubbing their hands.

Russia knows how we caved over their Syrian escapades and how when the Assad regime crossed President Obama’s ‘red lines’, we blustered but did little. When Russia invaded Georgia, Crimea, and East Ukraine, shooting down a civilian airliner for good measure, we didn’t complain for long.

From the Uighur genocide to the illegal occupation of the South China Sea and the breaching of the Sino/British Agreement on Hong Kong, the Chinese Communist Party also watches as the West bleats but does little. Now President Xi looks across to Taiwan and smiles, for he sees that President Biden’s resolve to protect the island is surely not that strong after all. As the Global Times, China’s mouthpiece, put it: ‘From what happened in Afghanistan, those in Taiwan should perceive that once a war breaks out in the Straits, the island’s defence will collapse in hours and US military won’t come to help.’

The sad truth is that across the globe the West finds itself consistently outfoxed by authoritarian states.

As Afghanistan proves, left undefended, democracies can be easily overrun.

If it can happen in Afghanistan it could happen in Taiwan, or Africa, or anywhere.

We are a far cry from the lofty commitment of President John F Kennedy when he said: ‘Let every nation know, whether it wishes us well or ill, that we shall pay any price, bear any burden, meet any hardship, support any friend, oppose any foe to assure the survival and the success of liberty.’

In previous chapters of horror we have been saved by the strength and courage of great leaders. Churchill and Roosevelt saw down Nazism in the 1940s; in the 1980s, Thatcher and Reagan saw down Communism.

We shouldn’t think for one moment that which we in the free world hold so dear, our belief in democracy, human rights and the rule of law, is the natural order of things. For as Reagan said: ‘Freedom is never more than one generation away from extinction... It must be fought for.’ Whether we like it or not, we are engaged in an ideological conflict akin to the 1930s and the Cold War. I fear now it is a war we may be losing.