Boris wants to follow science on Covid – science says it’s time to start dismantling ‘Plan B’& get our lives back. 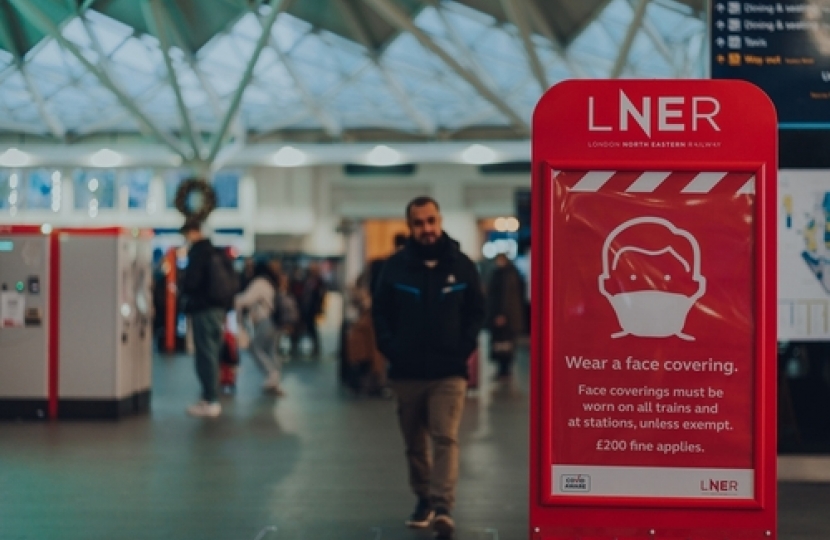 The past two years have undoubtedly been tough for the nation, with so many of us experiencing bereavement. But we can be cheered that, thanks to our world-beating vaccine programme, recent statistics show the virus is finally in retreat. Data released by the UK Health Security Agency yesterday shows cases dropped by close to ten per cent in a week to 142,224, falling for a fifth day in a row. Now it’s time to start to plan, with some degree of urgency, about how we live with Covid and get on with our lives.

Some good ideas are already being aired — and should be enacted.

We should cut the time people have to self-isolate. Reducing it to five days seems sensible. It is the current ten-day requirement (seven if testing negative) that is leading to a shortage of doctors and nurses in hospitals and other key workers. Next, we need to start the process of dismantling “Plan B” and getting people back to their offices, instead of working from home. This is not just so companies can thrive again but, importantly, for their workers’ mental health and wellbeing. Our city centres are crying out for the commuter trade that is their lifeblood.

The Government needs to realise that while it is right to follow the science, that is not the same thing as following the scientists. One thing is absolutely clear: We must never again go through a full lockdown. Those advising the Government should realise the previous lockdowns have done huge damage, not just to the economy but to people’s health as well. We know why.

Think of those who suffered from cancer, heart disease and other ailments who were unable to get treatment. Then there are the children who fell even further behind their classmates than they were before. That’s why it was right for PM Boris Johnson to resist demands for another lockdown. It is to the Government’s credit that our vaccine rollout has allowed us to be the freest country in Europe. It has left our closest neighbours in the shade.

For every 100 people in Britain, so far 53 have had a third jab. Compare that to France, where just 37 in 100 have had the booster, and Germany, where the figure is 43. That amazing rollout has undoubtedly saved lives. Our seven-day rolling average for Covid death stands at just 2.73 per million. France’s stands at 3.17 and Germany’s is at 3.19. And the booster programme allowed us to spend Christmas with our loved ones while other nations were imposing draconian restrictions.

It is too easily forgotten but no government in modern history has had to face a crisis on the scale of this pandemic. Thanks to communist China’s failure to alert the world about the spread of this deadly virus in December 2019, countries around the world, including Britain, were unprepared for it.

It is not surprising that Boris’s Government, like others, struggled at first. After all, there was no template for this, no ready-made plan that could be dusted off and put into action. Yet whatever the failings, Boris deserves credit for getting the big decisions right, which will have saved lives in the longer run.

First, there was the decision to stay out of the European Medicines Agency’s vaccine programme and develop our own. Despite howls of anger from the establishment and Labour, there is no question that decision put us ahead of the European Union and has been a game-changer in combating the virus. We also had the furlough scheme, which kept people’s heads above water during lockdown and, crucially, in work at the end of lockdown. Even now, those decisions continue to shape our response to the virus. What doesn’t seem to have changed, however, is the failure of scientific forecasters to learn from past mistakes.

Though using an array of different models, what has struck me throughout has been their determination to produce forecasts that have proved far too pessimistic. Imperial College London (ICL) predicted that in December 2021 there would be up to 10,000 hospitalisations a day. Yet on January 1 there were only 2,037 hospital admissions with Covid. These forecasts were so important because they influence government action. When ICL produced its forecast, it called for a “circuit-breaker” lockdown over Christmas. The forecast could have pushed us into another damaging lockdown.

Yet Boris decided not to lock down again — a decision that has been proved wise. Over the coming weeks it is time for some more wise decisions.