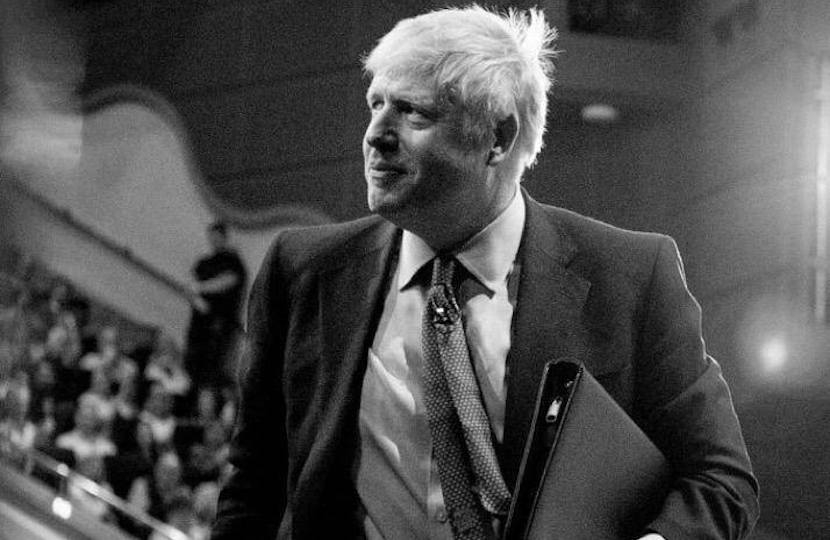 As a result of the chaotic mess of the last three years, it becomes quite difficult to remember what was actually said during the 2016 referendum.

In the intervening period, as the liberal elite fought back to try and stop Brexit from happening, too many politicians lost sight of the democratic importance of that vote and why 17.4 million British people voted to leave the suffocating embrace of the EU.

All sorts of base allegations were made about us all and patronising reasons invented by die-hard Remainers.

They claimed those who voted Leave were misled and that was because they were too old, too poor or too stupid to grasp the real facts. Finally, and, I believe in desperation, I note those of us who voted to Leave are now accused of being racist.

Yet despite the patronising and abusive name calling, despite years of May’s government’s weak negotiating position, on December 12, the British people voted for Brexit again. Take back control resonated with so many people who had over the years lost faith with the political establishment and its failure to understand their genuine concerns and at the second time of asking they said get Brexit done. And we must.

Over the last three years, as the liberal elite aided by some in the business world have pushed back and tried to dismiss migration control, those of us who were heavily involved in the Brexit campaign know it was a promise that we are honour bound to deliver on.

We have witnessed an unprecedented influx into the UK over a relatively short period. This has meant, as Migration Watch have pointed out, that migration direct and indirect has led to some 80 percent of our population increase, at the rate of approximately 1 million every three years.

Of course the sheer scale of that has led to pressure on housing, schools and healthcare. The people who have felt that pressure are in most cases the blue collar voters, many of whom voted for Conservatives the first time in the recent election.

It is small wonder that in a survey by Deltapoll just before the election, 65 percent of respondents said the recent level of immigration was a major concern. Yet to try and discuss this has led to the Left hurling abuse at them, often alleging such discussion of the effects of immigration was racist.

Of course that charge is nonsense. This is not an issue of racism but of economics. It is a reality that the unprecedented access to cheap labour has had a detrimental effect on the wages of those in semi-skilled work. There are real concerns about what effect this has had on skills, training and investment in technology.

In a recent report by the Centre for Social Justice on the poor economic performance of the UK beyond London, it found that less than a fifth of those who start work at entry level in jobs in the UK will rise above entry level.

The Government’s own figures show that the UK is 25th in the world for intermediate skilling, with the proportion of adults qualified at this level now expected to be on a declining trajectory from 36 to 34 per cent.

As one very successful European manufacturer, whose company has captured the lion’s share of the UK market said to me, he believed that the UK had become the cheap labour capital of Europe.

He argued very convincingly that only continual investment in upskilling and new technology makes companies competitive. Cheap labour is very short term. With such low levels of investment in skills, training and technology in the UK in the last few years, he has a powerful point.

As the Government prepares to create a new migration policy, the usual elites are arguing that this is not a problem. The very blue collar voters who voted for the Conservatives don’t agree. We must now deliver on the promises made at the time of the referendum and at the last election.

The new points based system to control migration must ensure that UK businesses seeking to employ foreign nationals have shown that UK nationals with the correct skills cannot be found in the UK or even within the reasonable travel to work area.

However, the automatic right to welfare payments should be ended and a time limit set or a period of NI contributions should be required before such access to benefits is granted. The system should make clear that EU nationals already resident in the UK, once registered, will be treated as UK nationals with regard to work. However, these rights must be adjudicated by UK courts, not the ECJ.

Global Britain needs skills and talent from around the world but we must not lose sight of the need to look to our home grown workforce and ensure they are trained and skilled to meet the challenge.

On December 12 people who hadn’t voted Conservative before expected us to deliver on this, we must not let them down.

First published in the Telegraph